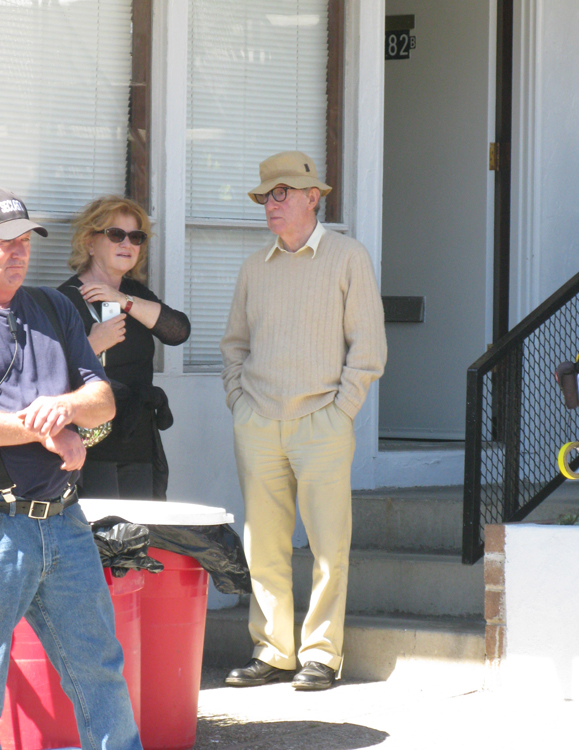 Yes, I did. He's been in San Francisco most of the month shooting a film due out next year, featuring Cate Blanchett, Alec Baldwin, Louis CK and more. 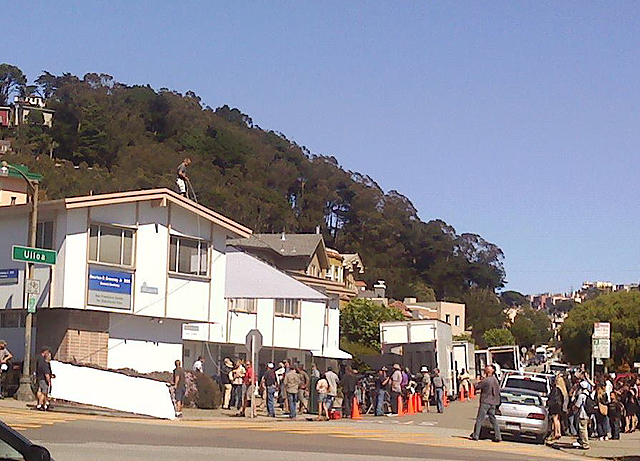 When my assistant drove by our neighborhood post office, she saw the cast and crew filming at nearby dental office and there was Woody talking to Cate Blanchett. She called me and I drove down right away. How could I pass this up right in my hood?! 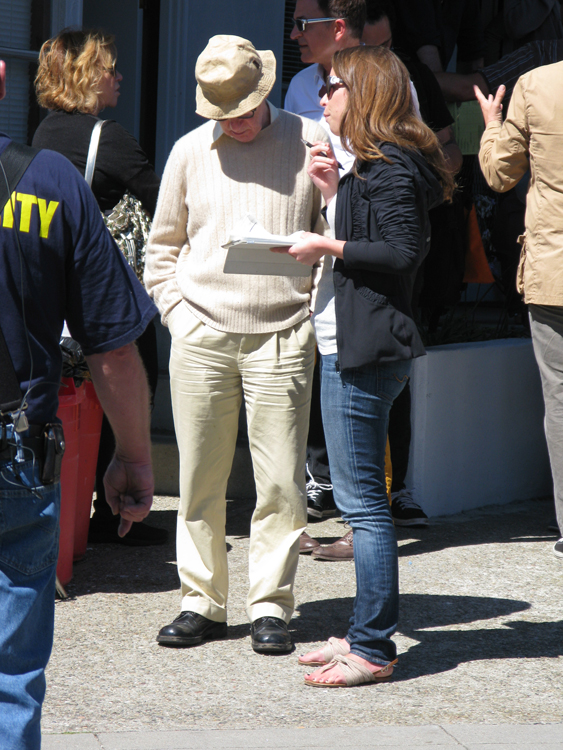 I've seen every single one of the man's films...watching since I was a child. I've seen him play clarinet at the Carlyle in New York, but filming in my neighborhood? Drove by there yesterday and they were filming again. 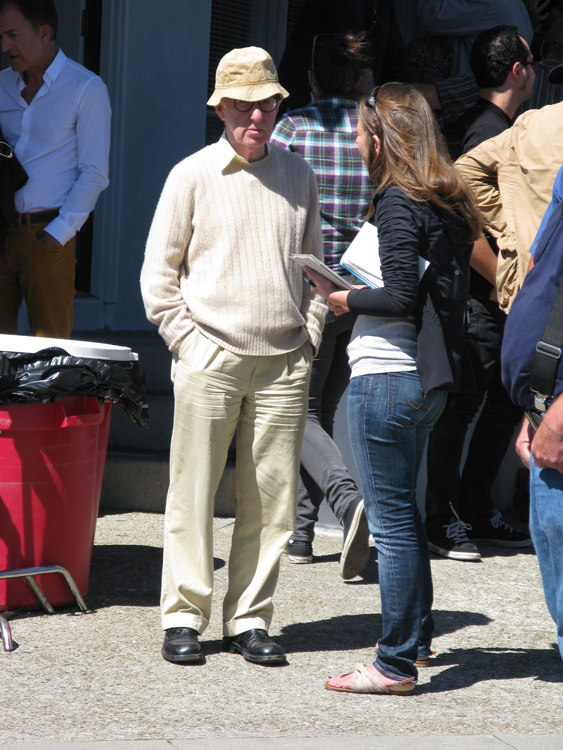 Cate Blanchett finishing up a scene 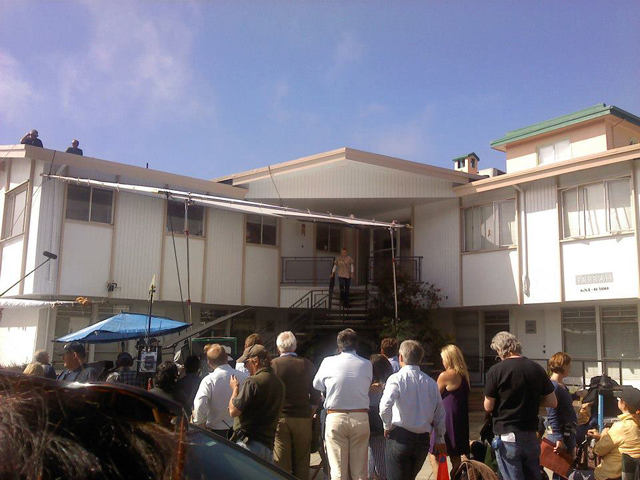 Am I officially a crazed fan?

Unknown said…
So weird to see famous people in normal, non retouched photos. Look just like regular people ! lol
What a fun thing to get to see.
10:41 AM

Market Decor said…
So fun! I read your blog but I don't think I've commented. Love your point of view and style - Thanks!
5:40 PM

Anonymous said…
That is awesome. I like his movies. Can't blame you for driving over and making pictures. Would have done the same. Good on ya!!

greetings from Amsterdam,
Renée
10:04 AM