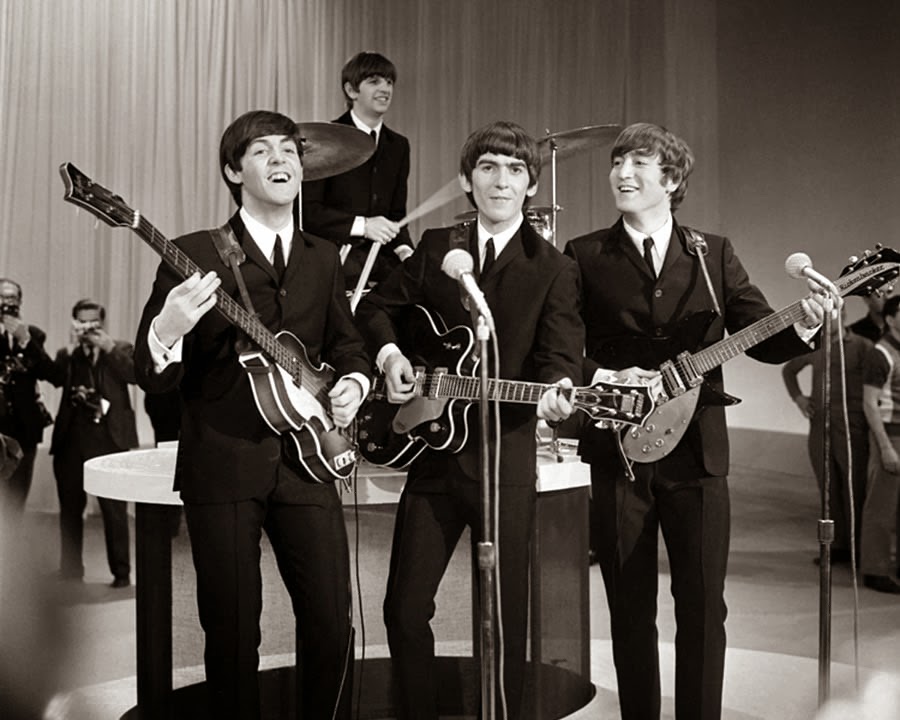 Fifty years ago on February 9, 1964, the Fab Four appeared on the Ed Sullivan show and it changed music for decades to come. Beatlemania was the rage!

I don't have any recollection of that show as I was only 4 years old. (I'm dating myself here, okay), but I do have my own "Beatle" memories. 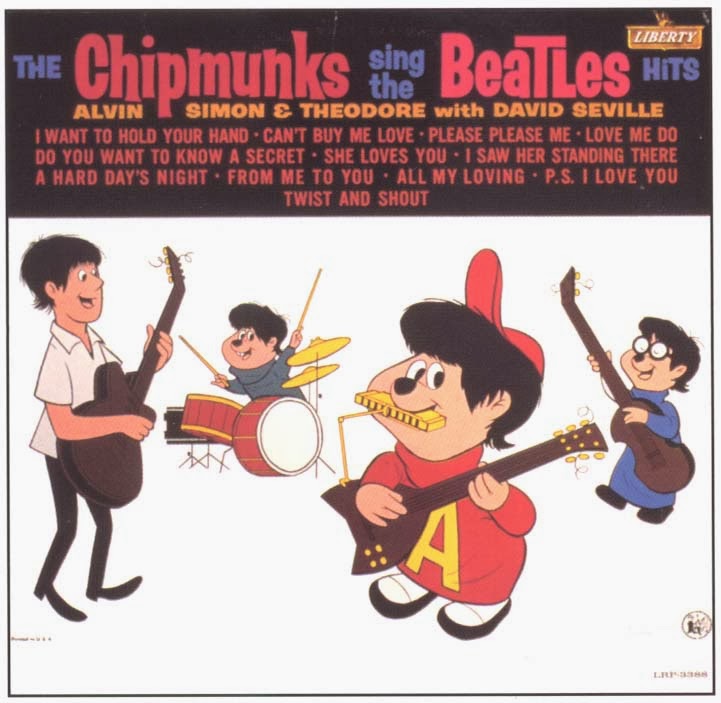 I remember my best girlfriend and I wearing Beatle wigs holding plastic guitars and singing to Beatle's and this (above) Chipmunk albums. It was just too much fun. We must have been 5 or 6 years old. 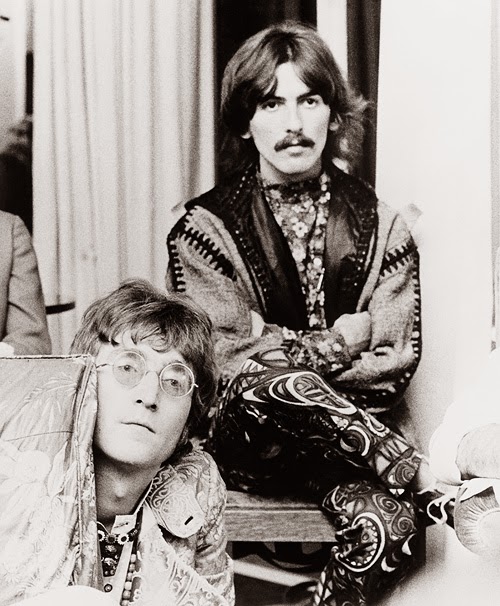 I remained a fan throughout my life. The day the news broke that John was killed, I sobbed like a baby. I sat next to the radio and listened to Beatles music crying all night long. Even though the band had already broken up, life would never be the same. Then came George's death and more sorrow to this hardened fan.

I was fortunate enough to attend the Grammy Awards with my former boss, Blues legend John Lee Hooker in 1990. Paul McCartney was awarded the Lifetime Achievement award. I was in the third row and tears were rolling down my eyes as Paul stood just feet away. I was in awe.

Then I saw him perform on two separate occasions, one as recent as 4 years ago. Tears still ran down my eyes as Paul sang "Hey Jude."

I wish I could have seen the Beatles perform live, especially at their last performance at Candlestick Park here in San Francisco, 1966. Oh well, I was only 6 years old!

What are your favorite Beatle memories? Were you old enough (and lucky enough) to see them perform on the Ed Sullivan show?  Please do share!

And one last bit...if you're a fan, a must see documentary is "Good Ole' Freda", the Beatles secretary Freda Kelly shares the inside of what it was like working for them. Fabulous, must see!