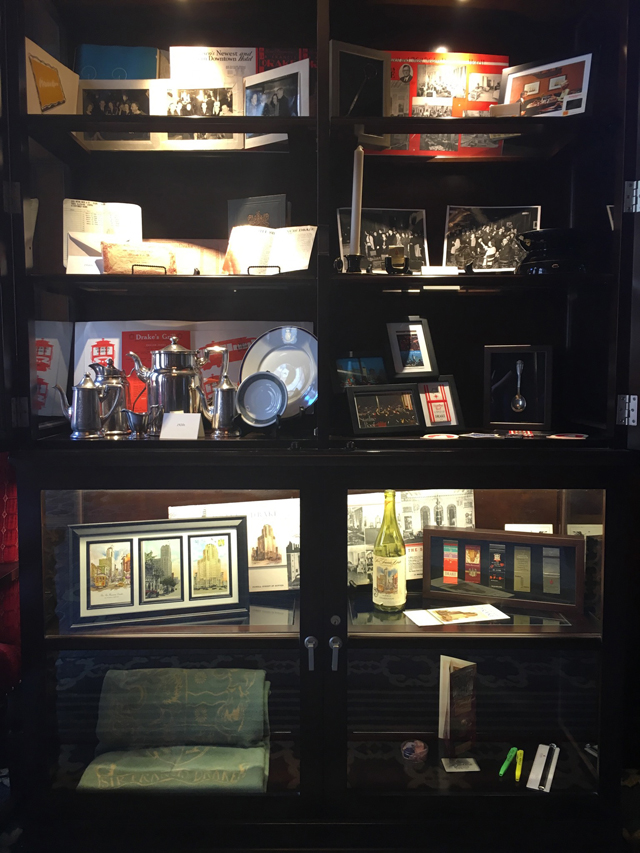 Some of you may know that my husband is a concierge at the Sir Francis Drake hotel in downtown San Francisco. The Drake just installed a case of memorabilia, dating as early as 1928, the year the hotel opened. I'm thrilled to have much of my ephemera, and my hotel silver grace the shelves. So many wonderful things to see from old photos to receipts! 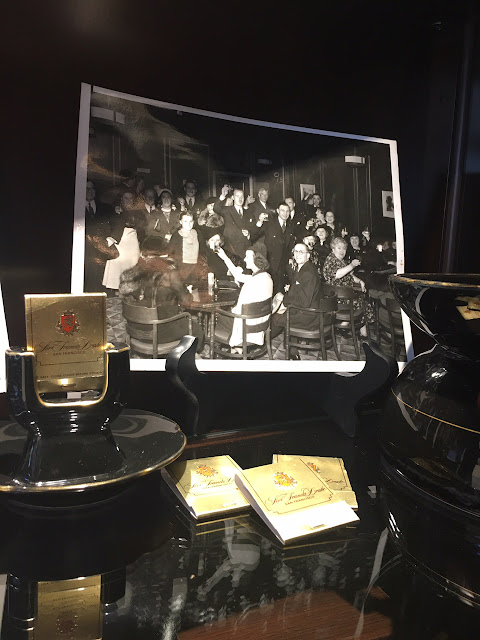 Some history... The "Drake" opened in 1928. A stunning Art Deco hotel lavished with ornate carving and chandeliers. The Drake housed vaudeville and screen stars. It was, and still is, a breathtakingly beautiful hotel. 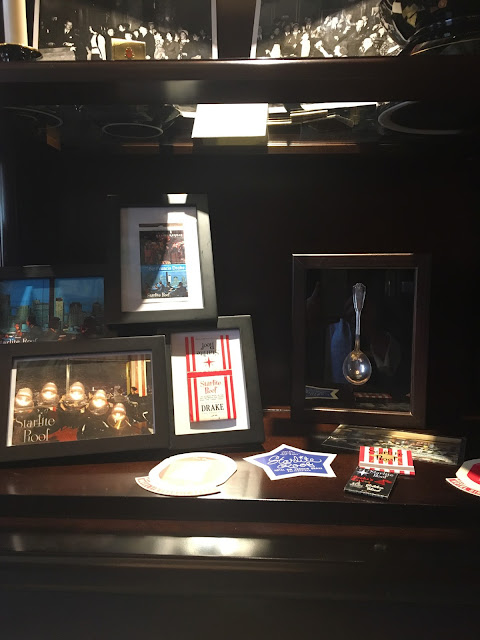 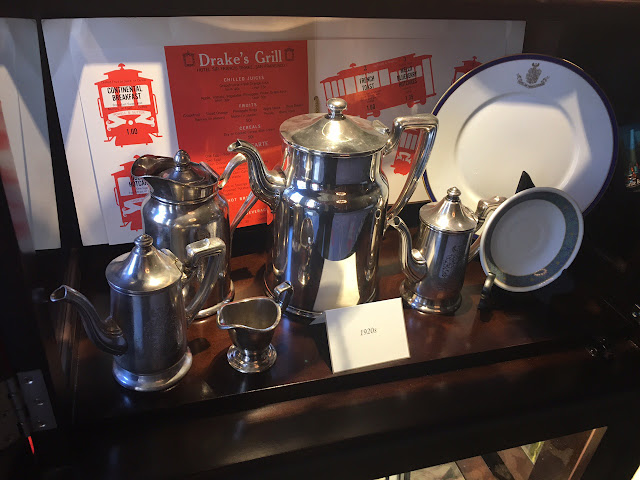 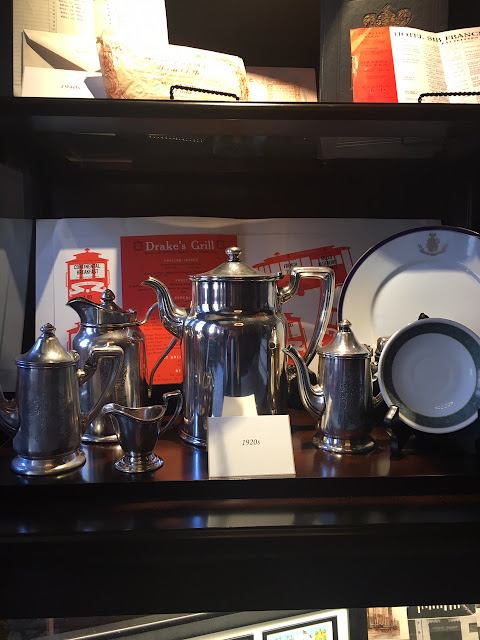 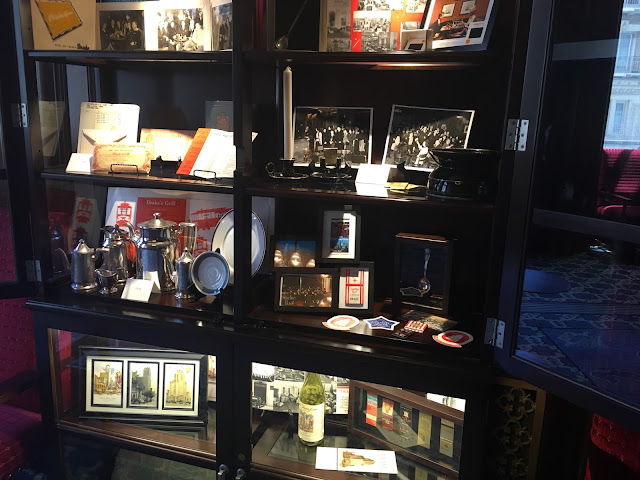 Throughout its history, The Drake has been known as the "party" hotel, with the fabulous Starlight Room overlooking the City and the early prohibition days. The owners of the hotel wanted to make extra income by selling and distributing alcohol to its guests, thus, this room was part of the original building plan. It was a very discreet operation that only a few people actually knew about. A lot of the Drake employees didn't even know that alcohol was being distributed. 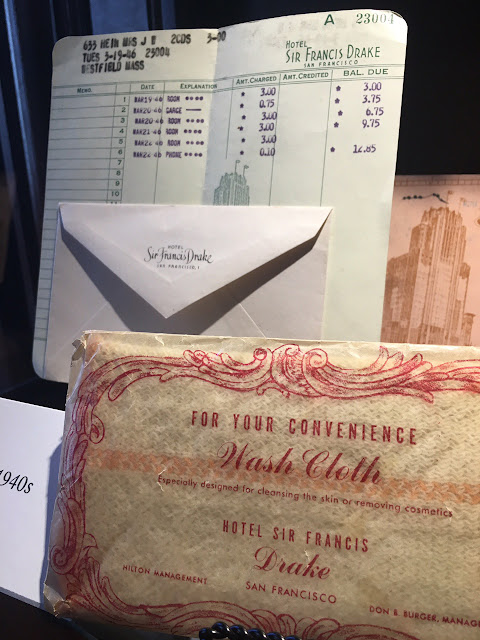 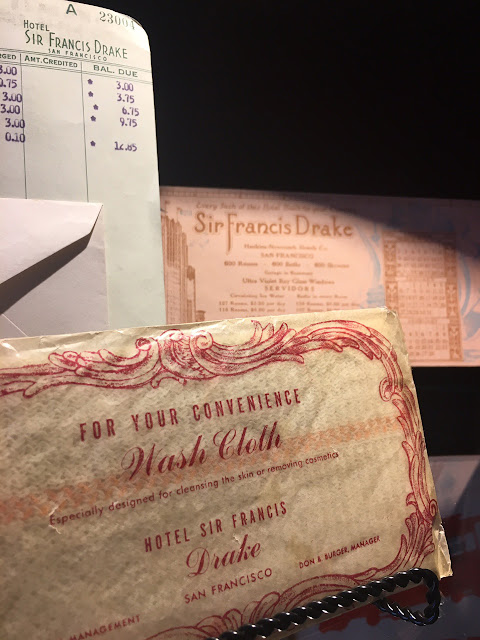 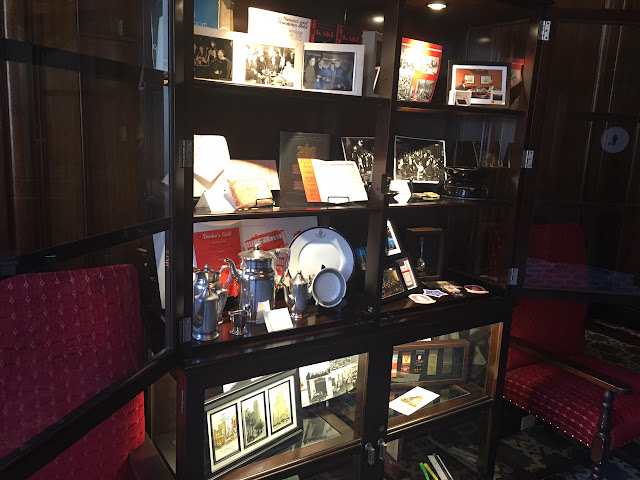 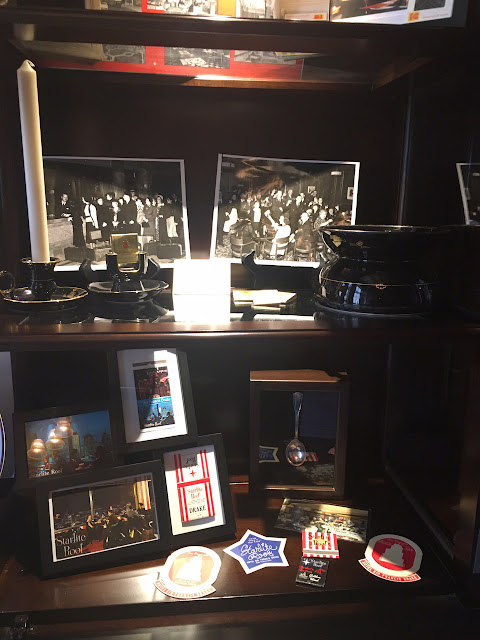 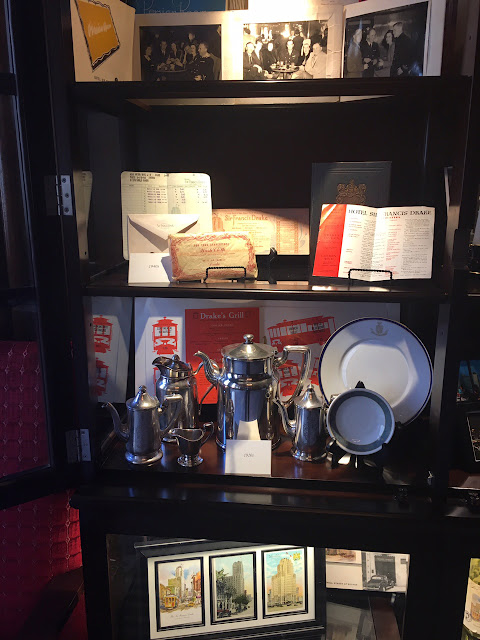 If you happen to visit The Drake in the near future, check out the display and my husband Leif

at the concierge desk, tell him who you are, and have a cocktail on him!