Columbus Day in the City! 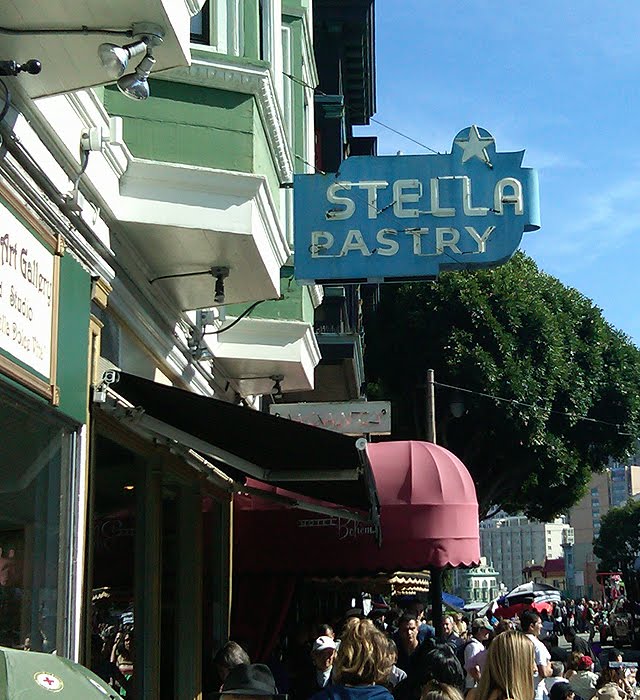 It was supposed to be just a regular Sunday. A little relaxing, some work. I had to take a drive to North Beach (the Italian section of San Francisco) to do an important errand. Little did I know that yesterday was the Columbus Day parade AND Fleet Week, which is when the Blue Angels Navy flight team stages a loud and crazy air show. Oh boy. I was in trouble. I had no clue that this was going on. I hate crowds! 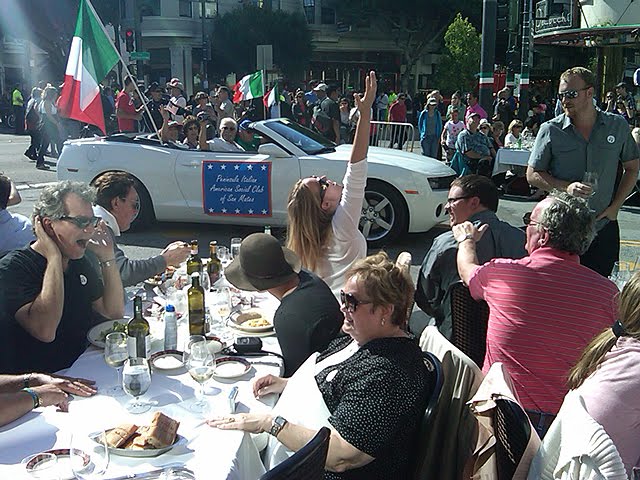 There must have been 250,000 people in North Beach yesterday. Can you believe that there was actually a parking garage charging $55 to park? Unreal. I was so frustrated with the gridlock traffic, that I forked out $20 just to park, which was a bargain! 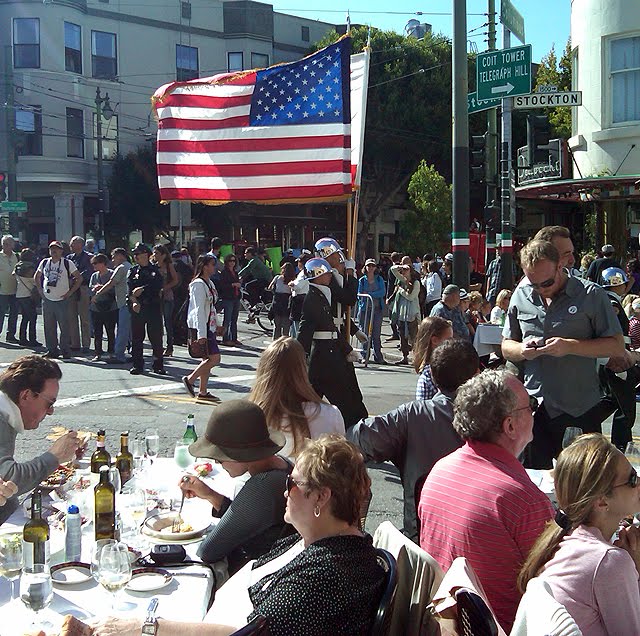 People were lined up for blocks dining curbside, while watching the City's oldest civic event and the nation's oldest Italian-American parade, a San Francisco institution since it was established in 1868. 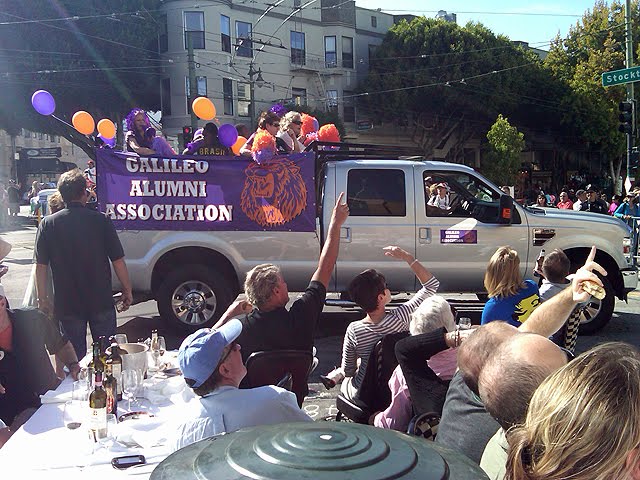 But, why was I stuck in the middle of all of these people? I was just trying to run an errand! 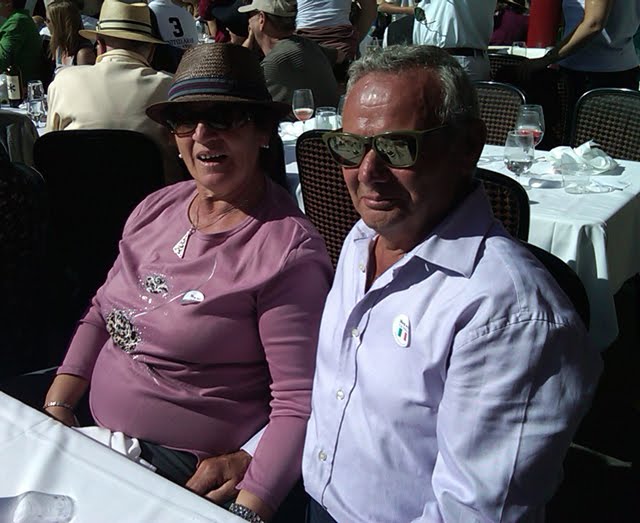 Oh, what the heck? Better go with it. I pulled out the camera so I could share some photos with you. This couple (above) was visiting from Italy! 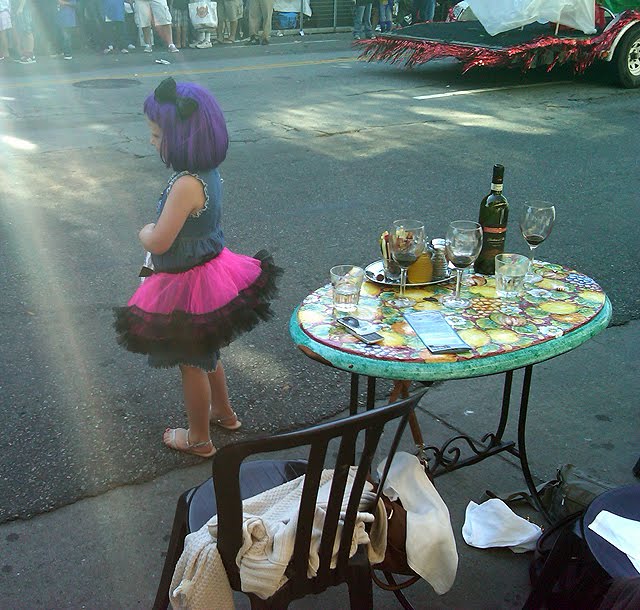 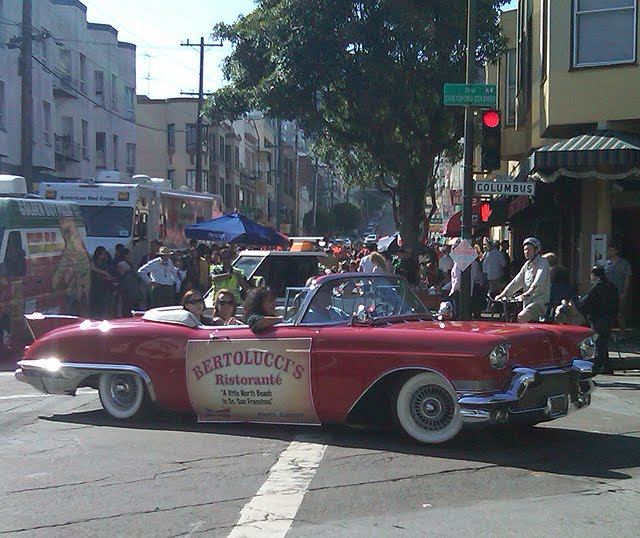 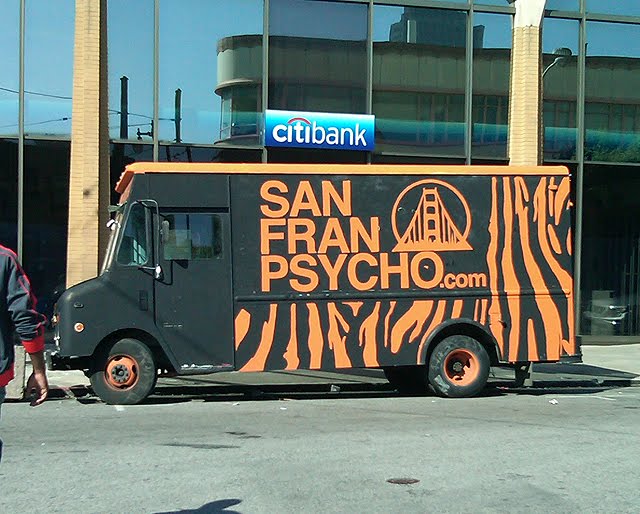 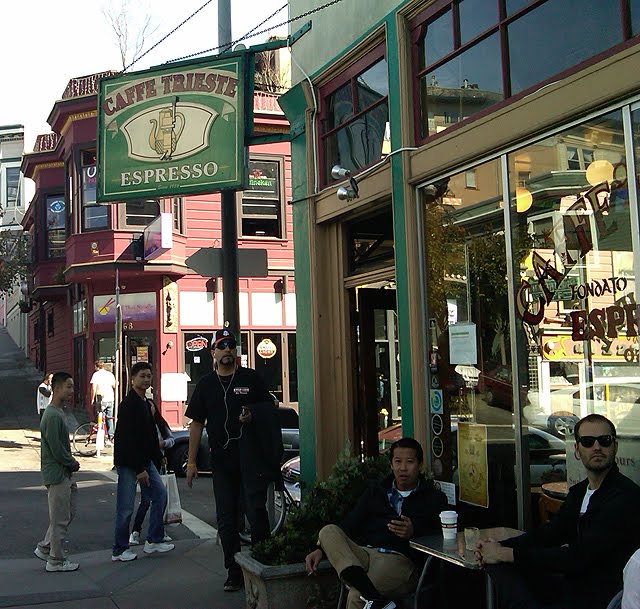 North Beach is known as San Francisco's Little Italy, with its high density of restaurants, cafes, bakeries and old world delicatessens. It was also the historic section of the beatnik culture. And let's not forget the famous nightclubs and strip clubs. Quite a flavorful neighborhood, and one of my favorites in the City. 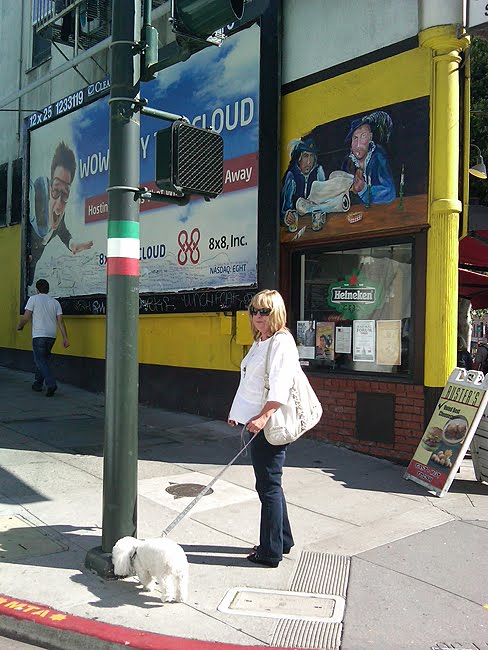 Even the street posts are painted the Italian flag colors...my friend Lizzie (above) with Vito... 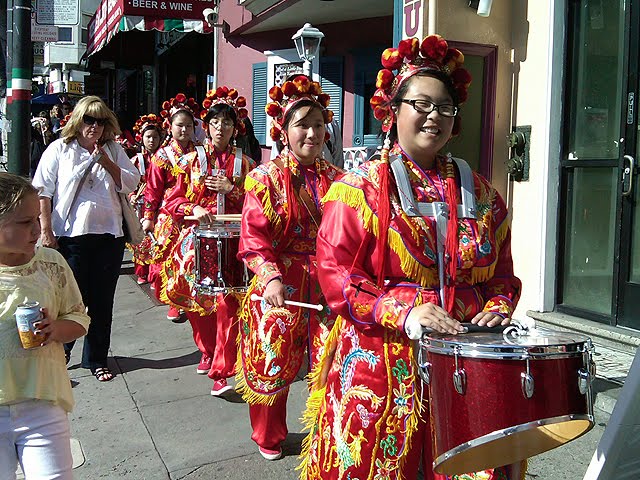 North Beach is adjacent to Chinatown, so there's more of an ethnic mix now than in the early days when it was mainly Italian American immigrants. 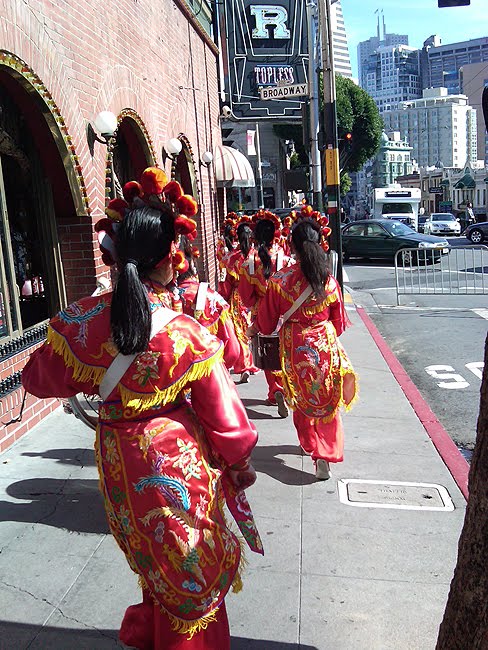 So, there you go. Thanks for joining me at the parade!

Bella said…
I had fun. Great friend darling dog who pulls when you walk him what more could you ask for.
7:58 AM

Kirsten Steen said…
Oh thank you thank you thank you...I have been missing San Francisco so much lately and I can't tell you how wonderful it was to visit through your photos. And the Sacrepantina cake at Stella's is my favorite dessert on earth. I've never been there for this festival so it was a first for me. I feel like I just got a visit and a slice! Happy Monday!
Kirsten
11:30 AM

Claudia Fabiana said…
Looks like such a fun day. We don't have any Columbus Day celebrations here in Orange County...bummer!

Thanks for sharing the pics...