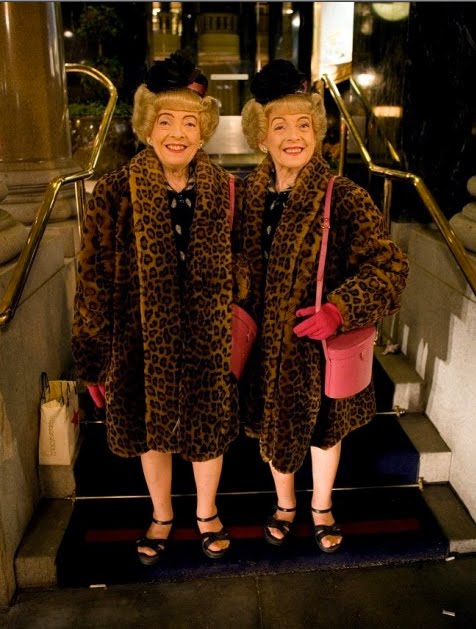 Let me introduce you to the icons of San Francisco, the Brown Twins. Marian and Vivian Brown (born January, 1927) are identical twins known for their signature identical stylish outfits and hats atop their meticulously coiffed hair. 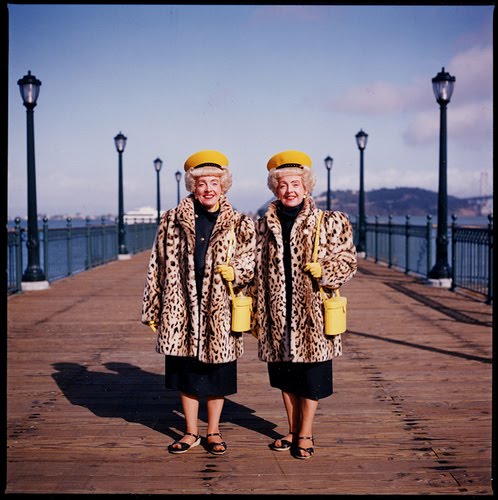 The Browns pretty much have a cult-like following in San Francisco. Someone is always taking their picture. They've often been in the media, including television ads. I've even seen them on greeting cards.

I've had the rare opportunity to pass them by while shopping downtown. What an elegant pair. They walk alike, talk alike, and always have a smile on their face. They remind me of "old San Francisco." Going "downtown" in your classiest attire. Hats, gloves and all. 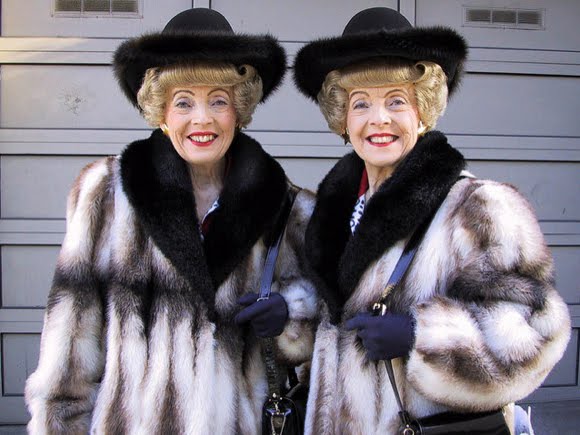 This pair came to San Francisco from Milwaukee in 1970, and remind me of what the City (all cities) used to be like. Elegance and class. Heavens no, they wouldn't step out the house without lipstick! 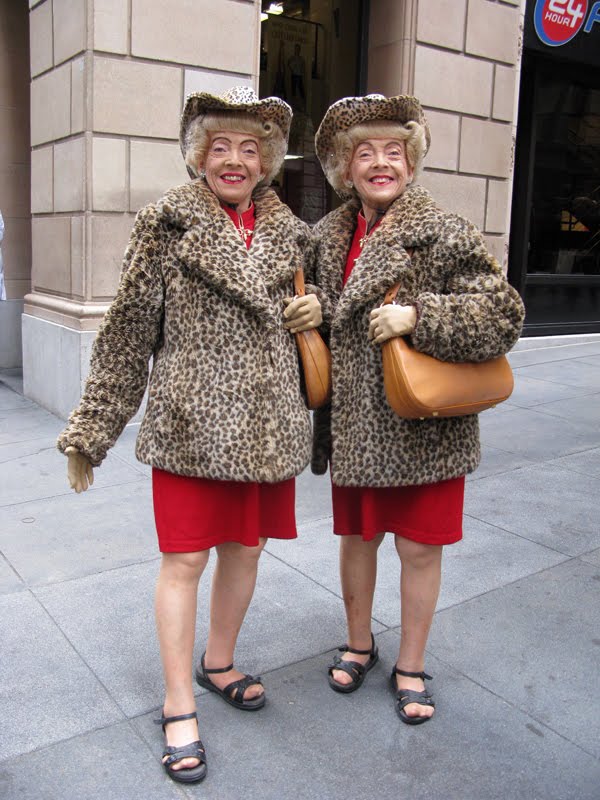 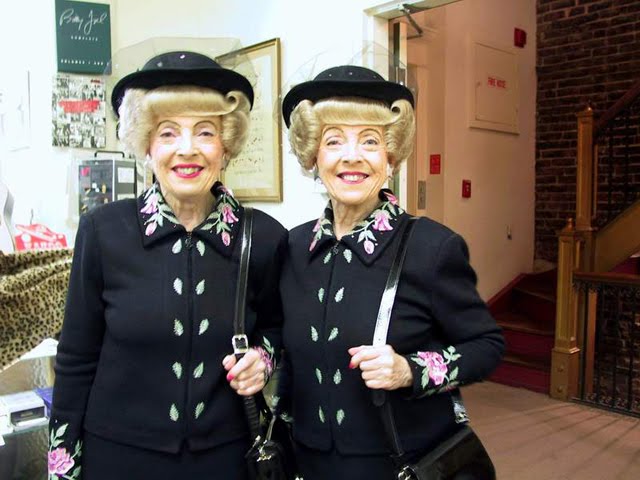 The Browns used to drive twin Oldsmobiles; white with black dashboards. They drove them off the parking lot at the dealership at the same time. The twins reside in the Nob Hill neighborhood of San Francisco. Just before 6 p.m. every Monday, Vivian and Marian Brown walk arm-in-arm up Powell Street to Uncle Vito's restaurant. Once there, they wait in chairs side by side for table No. 2, where they split a small pizza with everything on it and a slice of carrot cake. Each gets her own glass of Merlot. Isn't that the cutest? 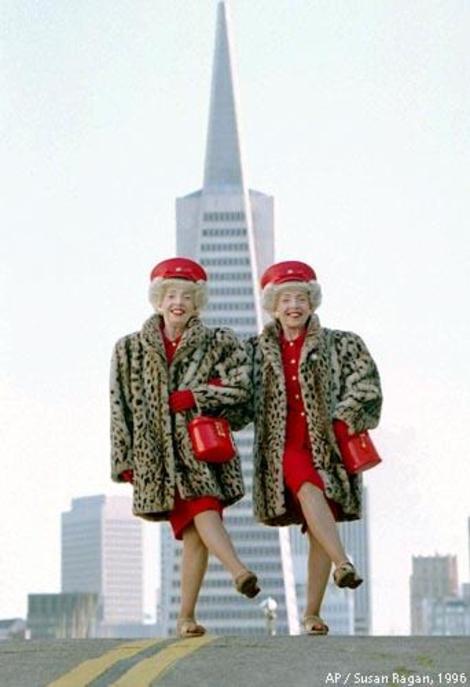 So if you happen to be doing some holiday shopping in downtown San Francisco this holiday season, keep your eyes open for the Brown sisters. They are absolutely delightful and we're so lucky to have them as part of our eccentric city!

Oh, and here is a cute interview that the Brown sisters gave last year.

Sprout said…
I've seen them! It was years ago, but they are San Francisco's treat!
6:59 AM

vicki archer said…
Cute....and I thought SF was all about the Golden Gate! They are adorable.....xv
7:38 AM

The French Maid said…
I actually read about them some time ago on someone's blog, and I'm so glad to revisit them! Aren't they just the best?! Living in the South, it's not that unusual to see ladies all dressed up like this, but they are getting fewer and fewer. I love how dressing up shows respect for other people you meet...isn't it nicer to be greeted by someone who took the time to look nice in case they ran into you, instead of dressing like they've just washed the car? And my worst pet peeve...men who wear ball caps...INSIDE! EEEKKK!
Wish I could see these glamorous gals for myself! I'd tell them just how fab they are!
--Lee Ann
12:20 PM

FrenchBlue said…
I had to look twice...at the hands of time, making sure this isn't You & Me later not now!! They are darling and so happy together~
XO
1:02 PM

Sarsaparilla said…
Oh, how fun they are! So elegant, but I'm glad to see that they wear sensible shoes!
4:23 AM