What They Don't Tell You About Winning... 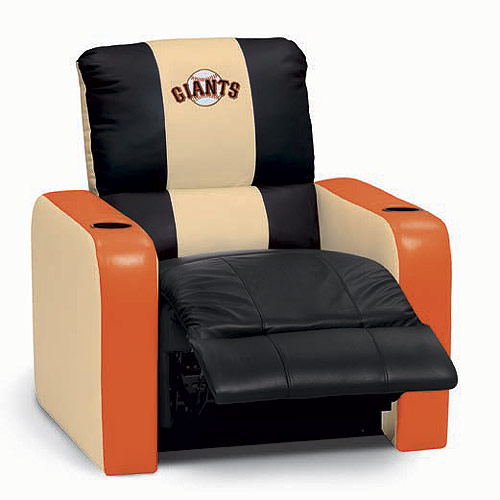 You may have already heard that the San Francisco Giants won their first ever World Series. Yes, BIG celebrations here in the City by the Bay!

But no one could have prepared me for the "secret society" of swag that goes along with being a winner. You may be thinking... t-shirts, jerseys, baseball caps, etc. Well, not exactly. Take a look at some super-special items available exclusively to us loyal fans and recipients of the World Series 2010 win... 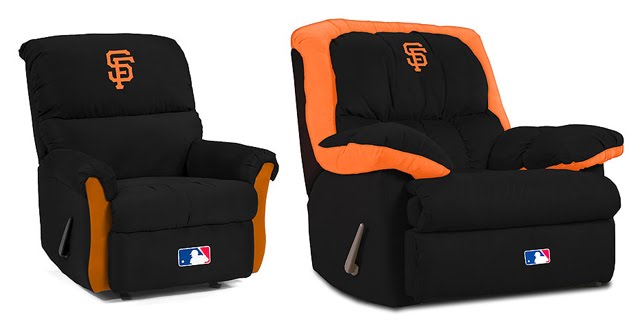 Take for instance this Home Team Rocker and MVP Recliner. Gosh, what a tough choice this is. Interesting little "pick-me-up" for that mundane room... 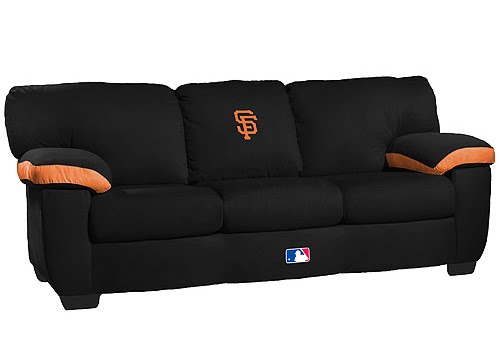 Perhaps a Baseline San Francisco Giants "Classic" Sofa ... because we certainly wouldn't want to steer away from anything classy and traditional, would we? 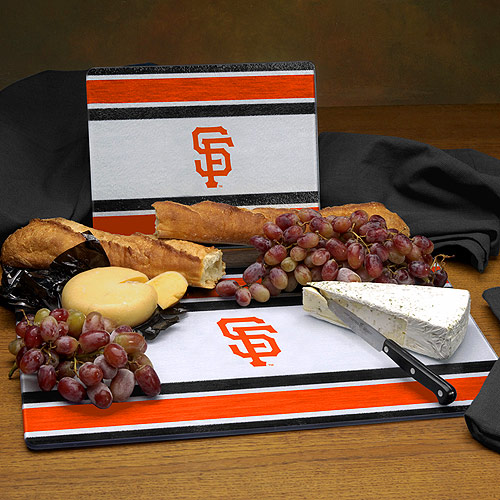 Ah, the grand dame cutting board set. You never know when you're entertaining and need an expensive San Francisco Giants tray for that yummy brie and sourdough bread. 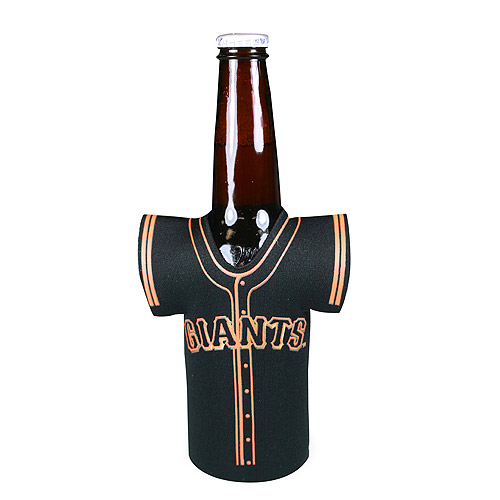 Oooh...what's this? Wow, it's a San Francisco Giants Jersey Bottle Holder. Little rubber wetsuit to fit over your beer belly bottle. This little baby is a bargain at $14.99. 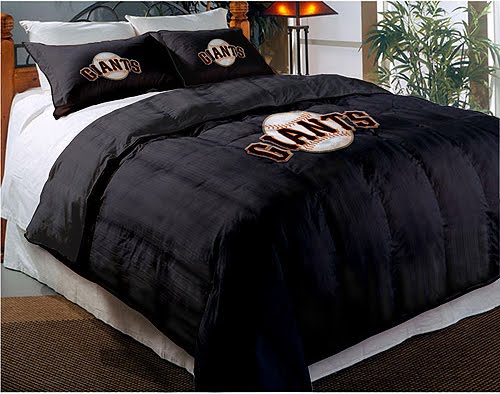 Now here's a bed ensemble for $89.99. That's right. One comforter and two matching shams. I wonder how high the thread count is? Well, let's hope your house guests don't have a preference for down bedding. 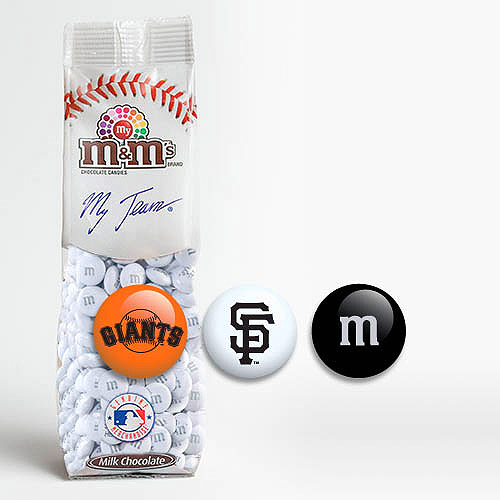 We get our own custom Giants M & M's too? Now that's pretty cool. 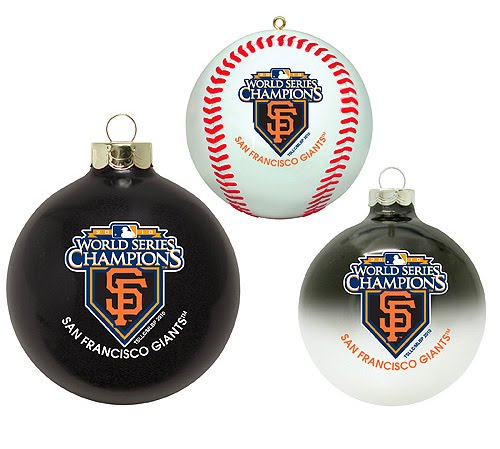 What would the holidays be without collectible World Series Champion ornaments? 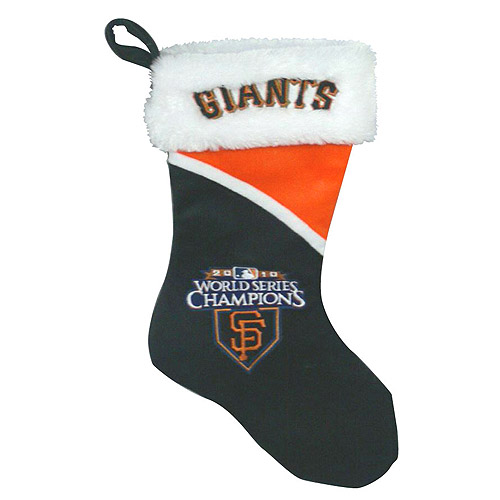 A World Series stocking for Santa? 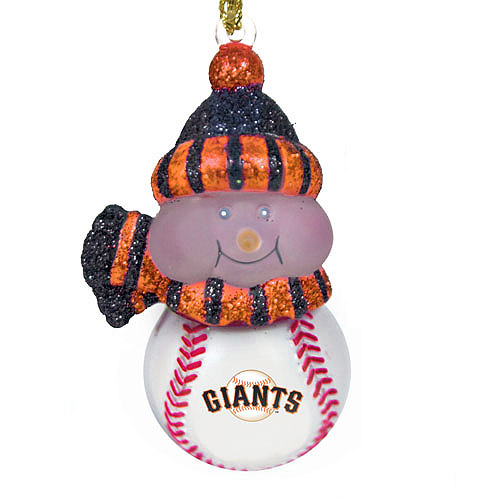 Or a light up Giants All Star ornament? Why is he a snowman? 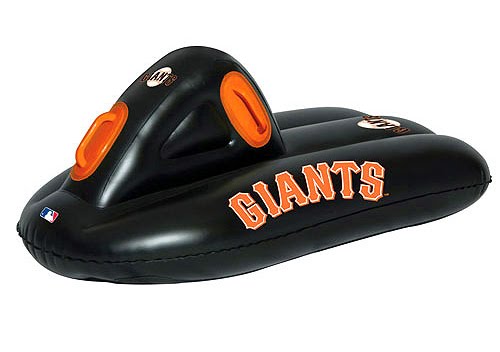 I really think the "creme de la creme" is one of these Scottish Christmas San Francisco Giants Inflatable Sleds, don't you? Imagine the fun. It functions as a water raft and snow sled. Very useful in the San Francisco climate... 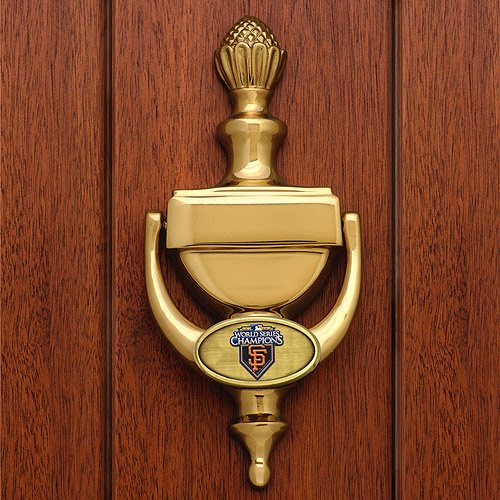 And, one of my absolute favorite fan pieces is this door knocker. It sets you back a mere $49.99 and what a better way to share with the world that we are the San Francisco Champions of the World!

all photos are from the Major League Shop. I am not kidding.

Sprout said…
We asked for books for our home library for wedding gifts - someone gave us a book very similar to this one! Awesome!
5:35 AM

Anonymous said…
The snowman is just precious!
wait, why is his face is that unnatural color? Was he holding his breath? Exhale, baby!
6:51 AM

Cashon&Co said…
*sniff. *sniff. I had to go through this post quickly or else I might cry.
our beloved poor poor Rangers........
*sniff.
And now our beloved Texas Longhorns are not going to a Bowl game.
double *sniff.
9:43 AM