The Power of Sharing. 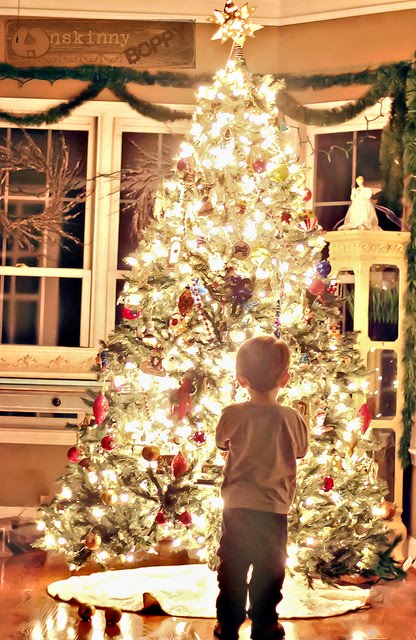 See this photo above. Isn't it magical? Well, that's what thousands of others thought when blogger, Beth, of Unskinny Boppy, did a blog post last year featuring her son Garrett in front of their Christmas tree. 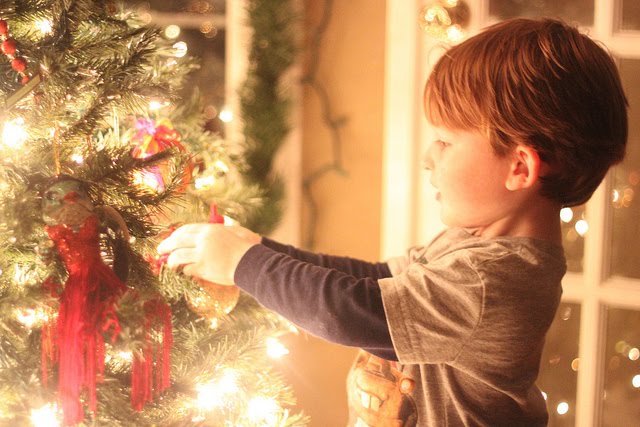 It began as just a sweet little post with Beth's tutorial on how to take glowing pictures of your Christmas tree using a special trick with her camera. She had no idea what was about to happen.

Suddenly, a few people began pinning that photo on Pinterest, which spread like wildfire, and eventually went viral. Before you she knew it, Beth was a celebrity of sorts. Over 46,000 shares of that photo led to her blog. Amazing! 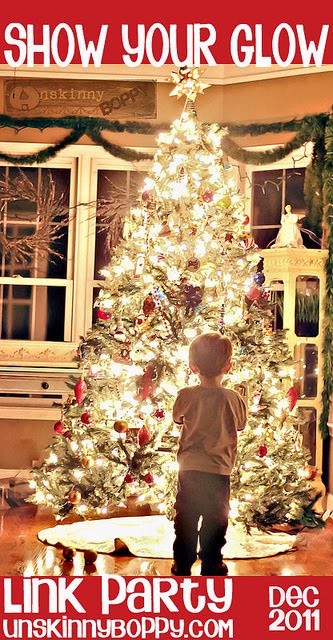 Now Beth has started a "show your glow" Christmas tree decorating link party here, where hundreds of others are sharing their holiday photos.

A tutorial here, on how to get that "glowing light" effect in your photos. No, those weren't all lights on her Christmas tree!

Thanks for the inspiration Beth.

The moral of the story; there is huge power in sharing both in the virtual world and the "real" world. And FYI... if you'd like to do some sharing of your own on Pinterest, shoot me your email and I'll get your invite right out!

Jen Beaudet said…
That's amazing; both the photo and the story! Jennifer:)
5:33 PM

Lisa said…
I love reading your blog. I've read it from start to finish! If it's not too much to ask I'd love an invitation to Pinterest.

Lisa I need your email address in order to sent a Pinterest invite. Thanks!
7:59 AM