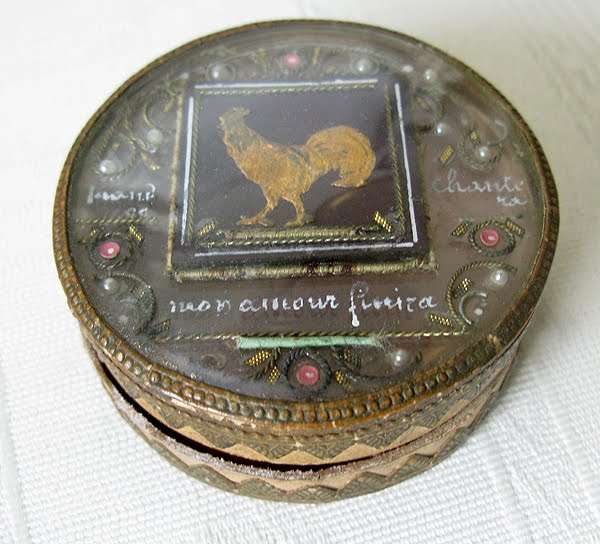 I thought it would be fun to start a weekly "featured item" post highlighting one of my favorite Paris Hotel Boutique items.

This rare 19th century French candy box is one of the most unique pieces I've ever come across. I wish the photos did it justice! 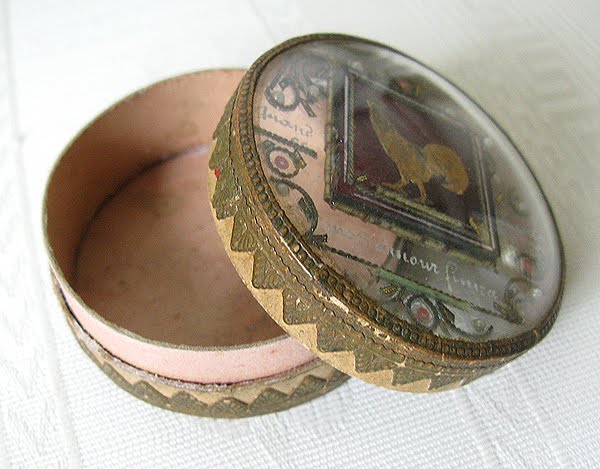 The French confectionery industry has a long history. The French word "confiserie" comes from Latin "confire." Originally, given that sugar was very rare, confectionery was an art that only the wealthiest people only could afford (the Kings of France and the Court would enjoy what they called at that time "épices"). As sugar became more readily available due to increased imports, confectionery as an art and an industry developed. 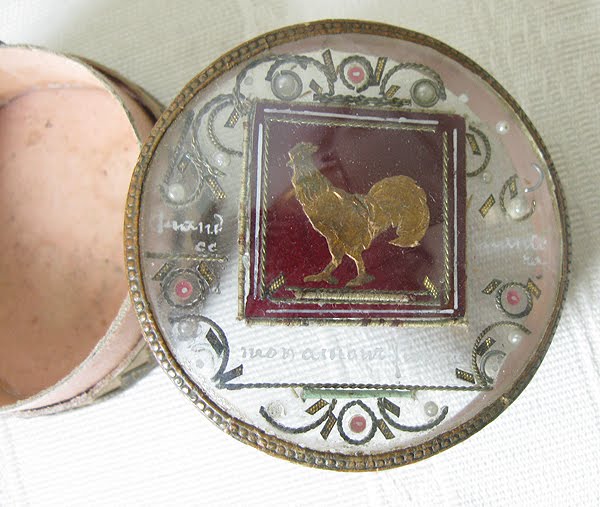 And if only the wealthy could afford such "sweets," of course they would be housed in an exquisite box such as this one.

The top is convex glass. Under the glass, everything is 3-dimentional. There is a gold foil rooster on red glass. There are seed pearls are gold thread; handpainting and handwriting. I can only decipher part of the handwriting which reads, "Mon Amour..." and "chante" which means "chirp." The outside of the box is heavy cardboard. The box measures 2-3/8" in diameter and a little over 1" high.

Such detail for a little candy box... 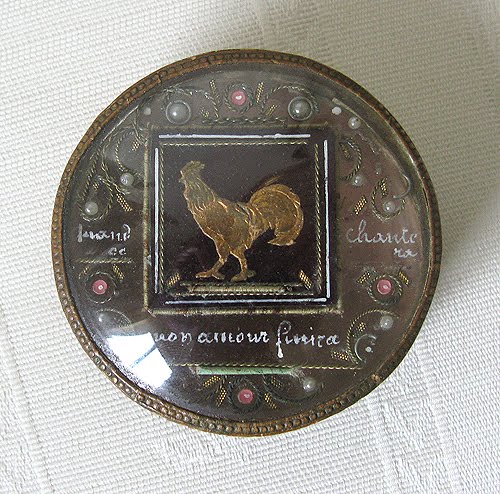 It's amazing that a treasure this fragile has survived for so many years. I've never seen one like it before. This rare little box is available for purchase here at Paris Hotel Boutique!

This means, "when this coq crows, my love will end."

I assume the catch here is that that particular cock will never crow, being just a picture.