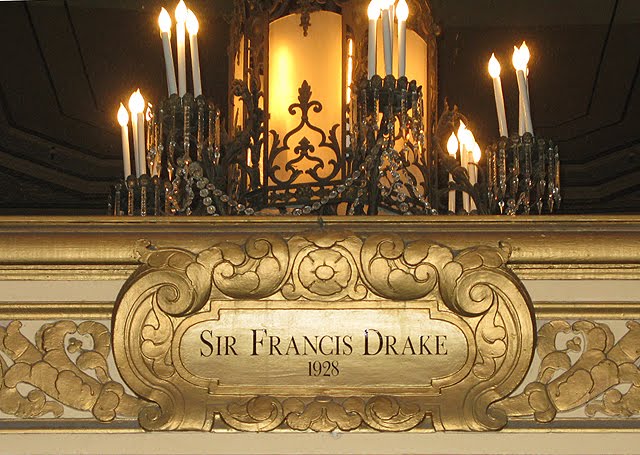 Some of you may know that my husband is a concierge at the Sir Francis Drake hotel in downtown San Francisco. Well, the other night I received a private tour of the mysterious prohibition room in the dark corridors of the hotel.

Please join me on my little journey... 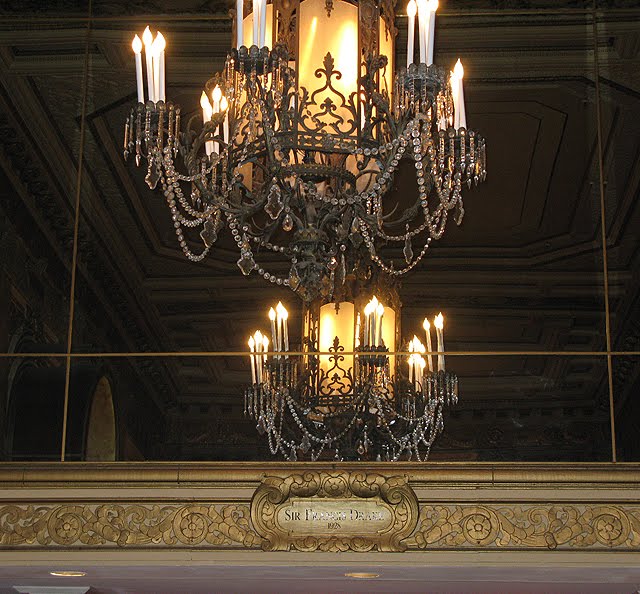 The "Drake" opened in 1928. A stunning Art Deco hotel lavished with ornate carving and chandeliers. The Drake housed vaudeville and screen stars. It was, and still is, a breathtakingly beautiful hotel. 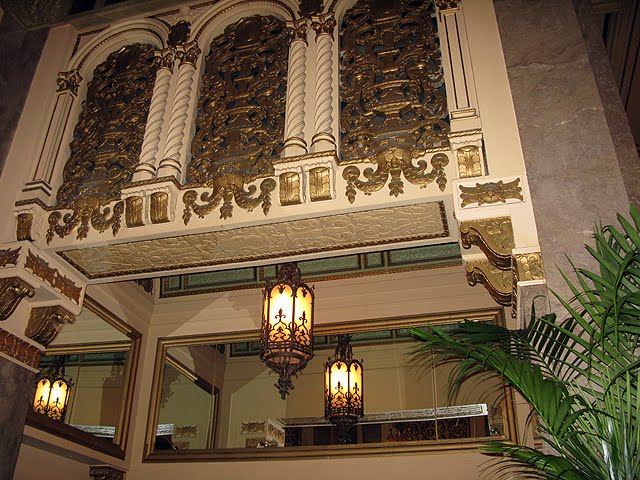 Throughout its history, The Drake has been known as the "party" hotel, with the fabulous Starlight Room overlooking the City and the early prohibition days. 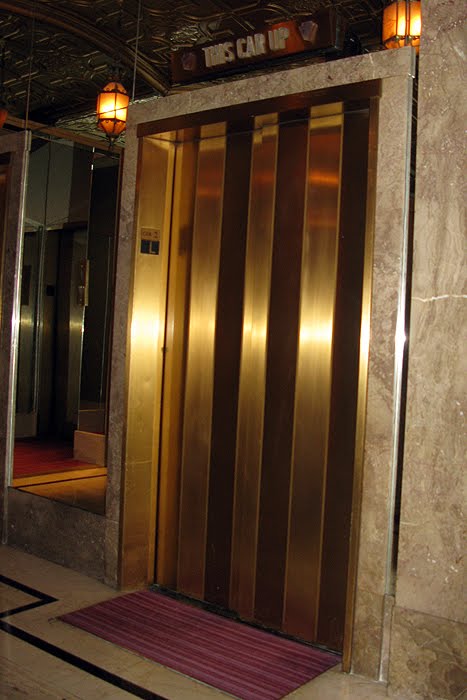 My private tour started with a ride up this elevator--the only elevator that takes you to the prohibition room. Before entering, my escort, Wei asked me if I wanted a cocktail. I saved it for later. 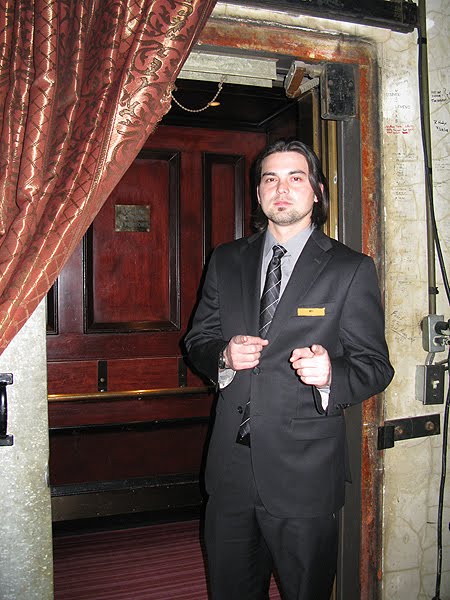 Wei, who loves giving the tour, escorted me into the speakeasy. It has its own floor located between the first and second floors of the hotel, and is accessible only with a special turn-of-the-key on the elevator.

Upon entering, Wei turns on a phonograph and plays a 1920s record. I was just in awe. 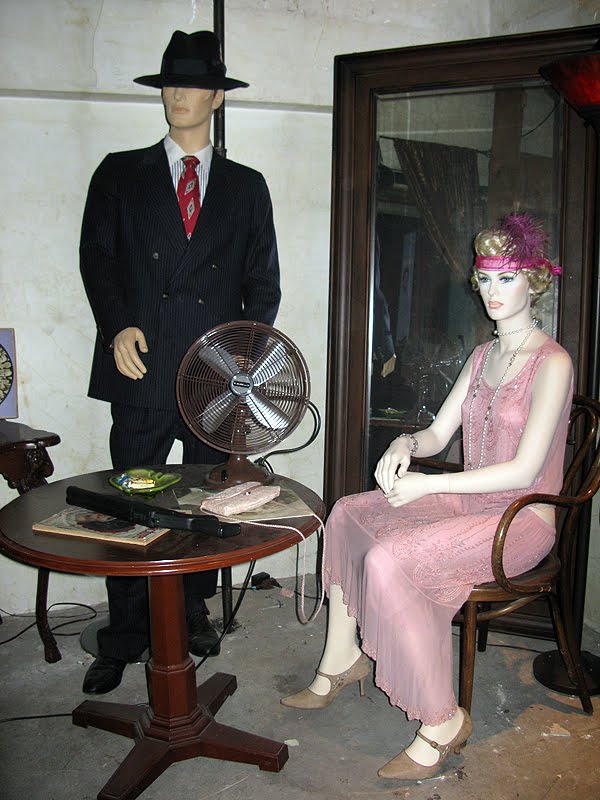 The prohibition room is staged with mannequins and antique memorabilia to bring you back in time. I definitely felt like I was back in the 20s. 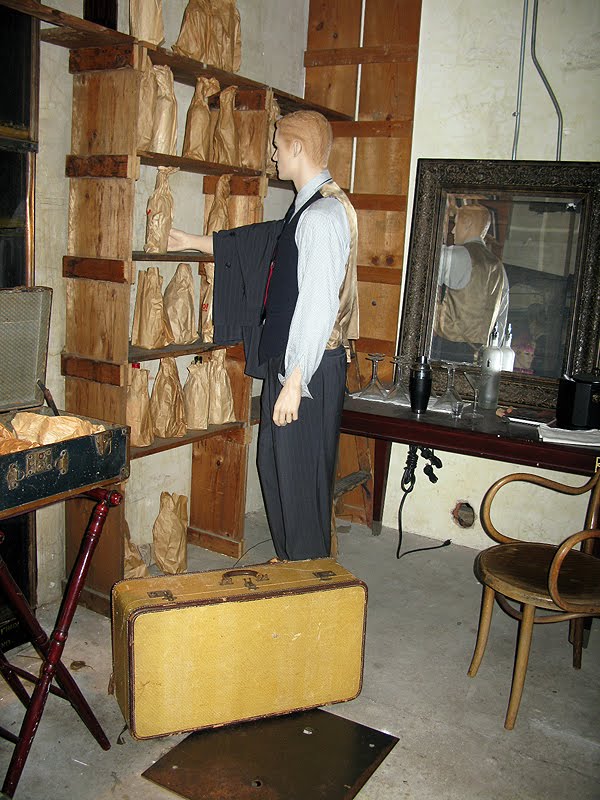 The owners of the hotel wanted to make extra income by selling and distributing alcohol to its guests, thus, this room was part of the original building plan. It was a very discreet operation that only a few people actually knew about. A lot of the Drake employees didn't even know that alcohol was being distributed. 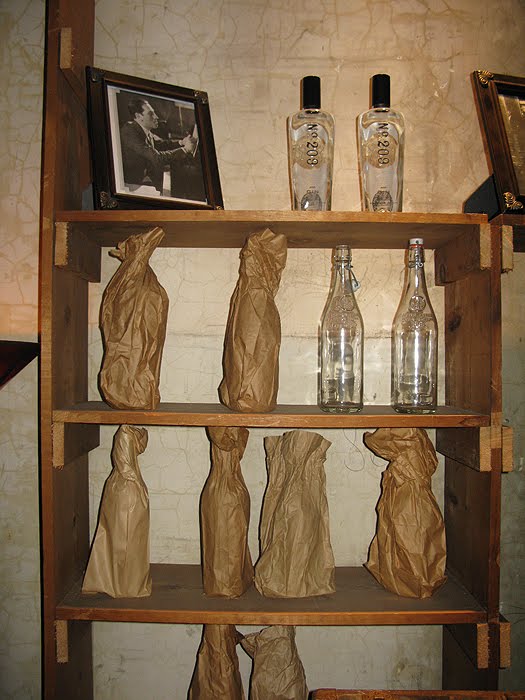 Talk about clever. The bottles were covered in brown paper bags, hidden in luggage, and delivered in trucks via the hotel garage. The bellman worked with the prohibition room operator for a seamless operation. If there was a raid, they pushed an emergency button and 'locked up.' There were several attempts to raid the hotel, but it never happened. 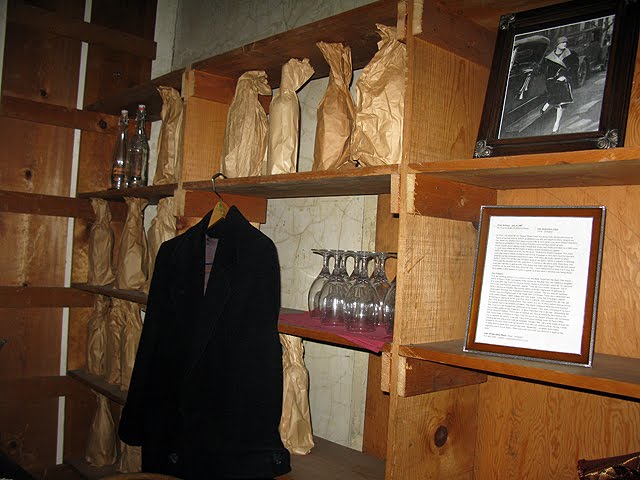 All of the rooms had dumb-waiters, so you could discreetly slide open the door and serve the guests. Celebrities knew that when they stayed at the Drake, within about 10 minutes of their arrival, there would be a bottle of alcohol in their room. 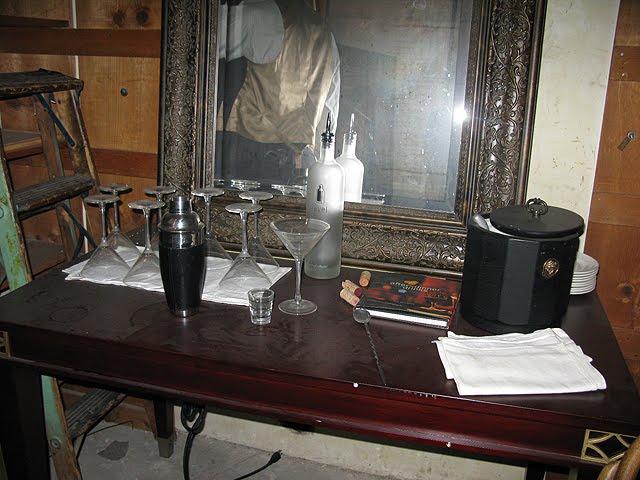 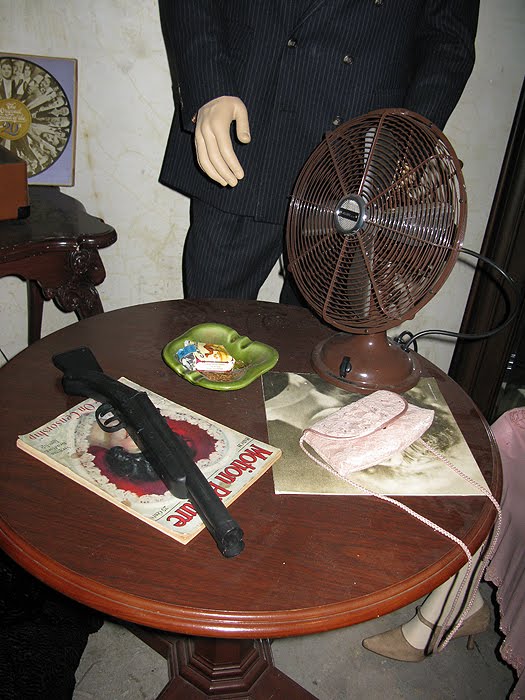 What an amazing little tour! Thanks Wei! 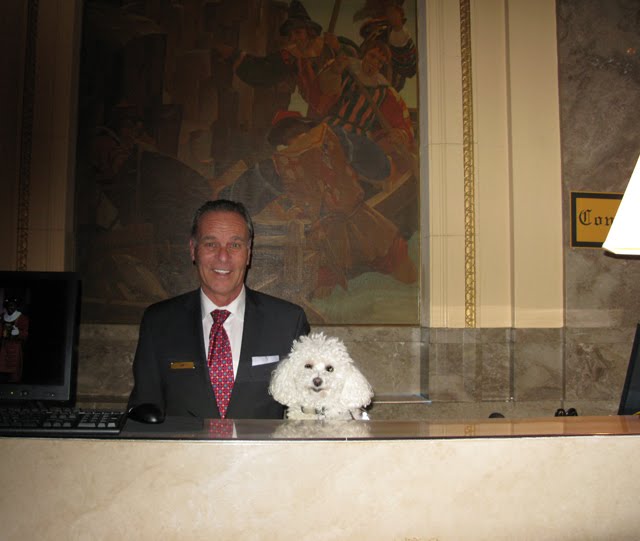 If you happen to visit The Drake in the near future, pay a visit to my husband Leif (& little Vito) at the concierge desk, tell him who you are, and have a drink on him!

24 Corners said…
Wow! That was stepping back in time...thanks for the tour!
Nice to meet Leif and Vito...we will definitely stop in and say Hi when in the vicinity!
xo J~
10:57 AM

Nita Stacy said…
Those chandeliers! Very interesting tour. Your husband is so cute!
11:20 AM

Uncle Beefy said…
Always love reliving my SFO memories with you, Miss Lynn! (How are you?!!)

And, Leif & Vito at the concierge desk?!! Don't let Vito get carried away with the free drinks! ;)

FrenchBlue said…
Oh My Gosh!! Reminds me of our trip to NY!! Visiting the Waldorf Astoria and finding that secret floor! This is a place we would have found our way into for sure! Look at Leif SO HANDSOME! Vito is the happiest boy ever!!!
Love you so much, thanks for sharing this special room!
XOXO
3:17 PM

Paris Hotel Boutique said…
Thanks you all stopping by and for your comments! Do be sure and stop by the Drake if you're in SF and ask for the tour!
4:38 PM

Heartbeatoz said…
Thank you for sharing this I stayed in this Hotel in 1979 on my first Trip Overseas at the Tender age of 21 loved this Hotel for its Charm :)
5:25 PM

Jemimagold said…
What an awesome post! I loved getting a peek into this historical room and appreciated all the photos. Thank you!!
7:17 PM

Unknown said…
Lynn, this is amazing! I am in awe! What an operation. How exciting, I want to go just for the tour! Thanks for sharing!!!
xoxo
Judy
10:50 PM

kitten said…
This is so awesome! I live here, and never knew about that room. Love the photo tour. Thanks!
2:59 PM

Dorian Fletcher said…
Love old San Francisco tales! I helped a friend install draperies for a decorators' showhouse in Pacific Heights years ago. The house had it's own 'speakeasy' behind a door in the study. Thanks for the tour of the Drake.
3:21 PM

psychitome said…
Jeez we go to the Drake all the time, and celebrated an anniversary there last year.