The Key to the Palace 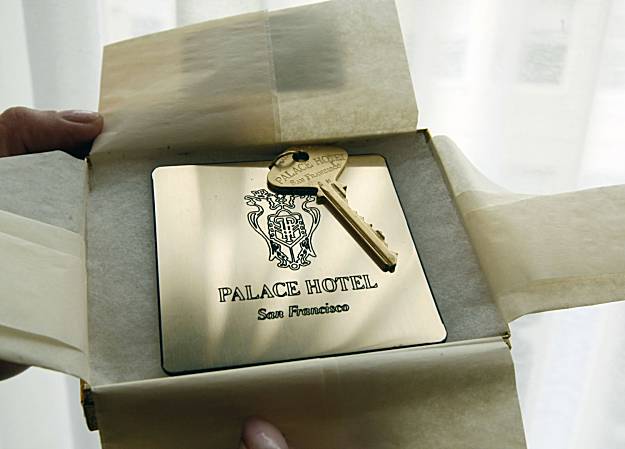 What have I been doing since Tuesday? Looking up at the sky for a balloon. That's right, a yellow helium balloon with a magical golden key to the Palace Hotel. 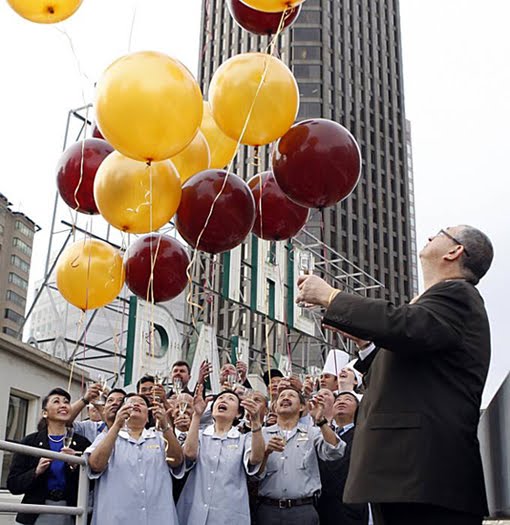 Why you may ask?

The Palace Hotel in San Francisco is celebrating its 100 year anniversary, recreating a great moment on Dec. 15, 1909, when the Palace Hotel, the symbol of old San Francisco, reopened after being rebuilt from the devastation of the 1906 fire and earthquake.

On Tuesday they released a dozen balloons, one holding a magical key. The balloons drifted over the city, off toward the bay, and headed nobody knows where... 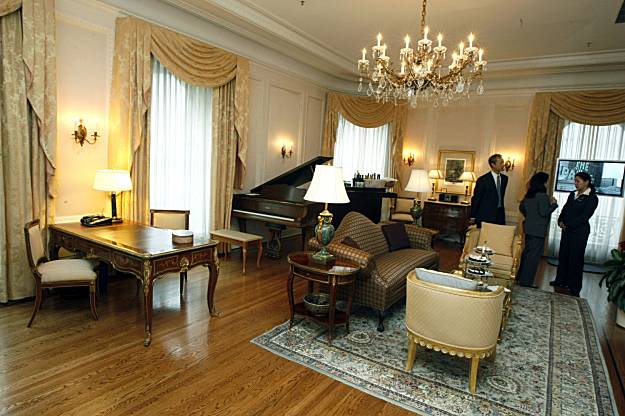 Whoever finds the balloon and its golden key will get a special prize - a three-day stay in Room 888, the Palace's Presidential Suite, a luxurious accommodation that comes with a tragic history. President Warren G. Harding died in the Presidential Suite in August 1923.

I WANT THIS KEY!

100 years ago, the Palace sent off a golden key in a balloon and it just disappeared. Perhaps it fell in the bay or resides in a winery in the Napa Valley. We'll never know or will we? I'd be happy to find either key.

If I find it, I'm totally having you up for a bottle of champagne and Miette marshmallows!

Enzie Shahmiri Portraits and Fine Art said…
What a neat idea to send a key off in a balloon! I wonder if anyone has found it yet?

Jacqueline @ HOME said…
Oooo, Lynn, do you think it might survive flying over the pond and making it's way to the U.K ? If not
I will keep my fingers crossed that you find it !! XXXX
3:19 PM

I hope you find the key but if you do I also hope you have better luck there than the President! Thank you so much for the lovely candles they smell divine and they cam in the same batch of mail as my airplane tickets to Paris in January. What nice a coincidence!
3:41 PM

Unknown said…
hope you find it! It will go nicely with your other hotel collectibles in your gorgeous room with the huge portrait. I will never forgot when I fisrt saw that room I saved the picture!!