Vertigo Then and Now 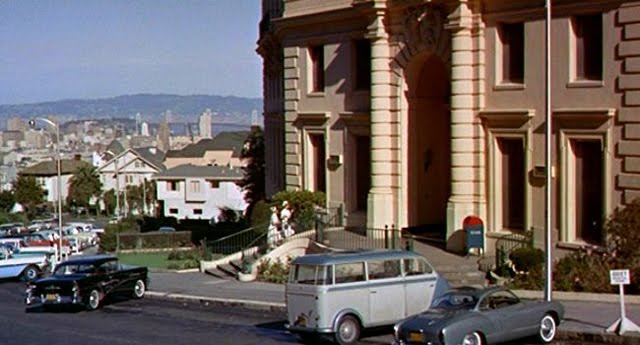 Is anyone a fan of the Alfred Hitchcock classic film Vertigo? I just stumbled upon this website with wonderful before and after images of various locations used in the 1958 film which was shot in San Francisco. To see all of them, visit Vertigo Then and Now's website here. 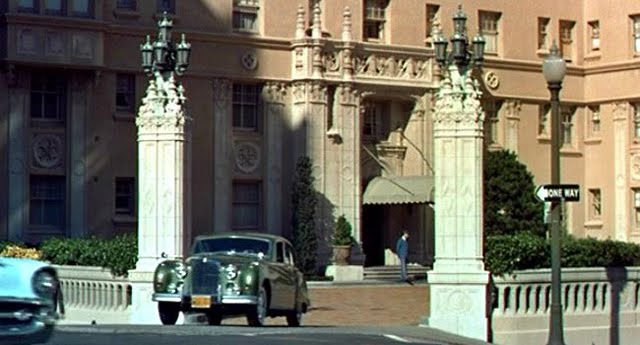 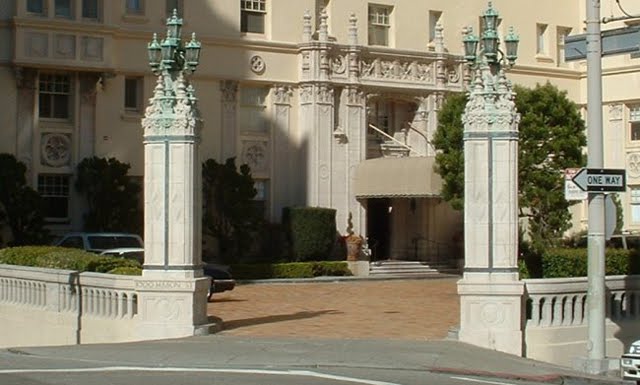 2003- The biggest change to this grand apartment building across the street from the Fairmont Hotel is what it costs to live here now. 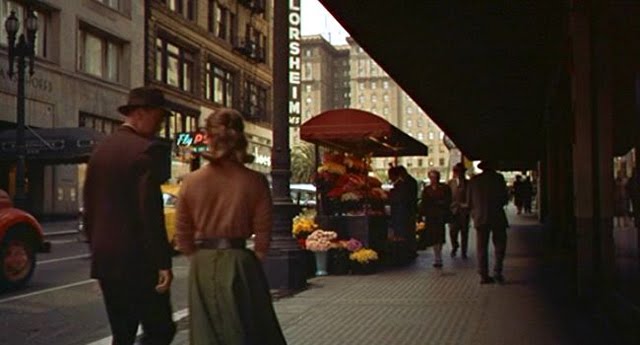 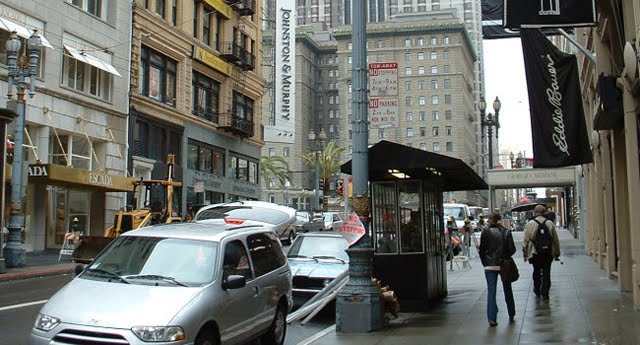 2003- After forty five years, the flower stand lives on in the same location. The Eddie Bauer store was previously occupied by Gumps, which moved a block down the street. 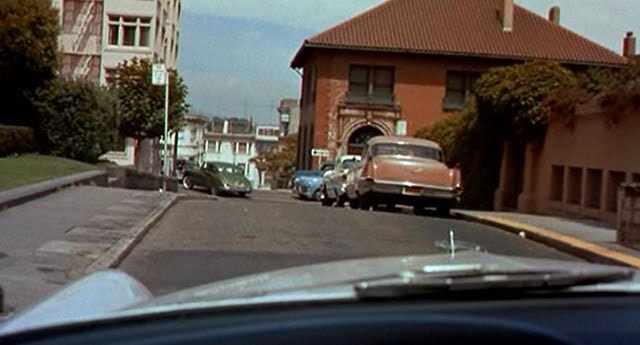 1958-The Pacific Union Club Shadowing Madeleine once again, Scottie follows her up and down the steep, narrow streets of Nob and Russian Hills. Traveling west on Sacramento Street, Madeleine turns right onto Taylor and drives one block to Clay Street, where she makes another right. Scottie grows increasingly perplexed as they continue down Mason Street to Washington. Much to his surprise, her trail leads him to the intersection of Leavenworth and Lombard, where she turns right and heads one block down the hill to Jones Street. Scottie approaches her at the front door of his home at 900 Lombard where she has just dropped off a thank you note. 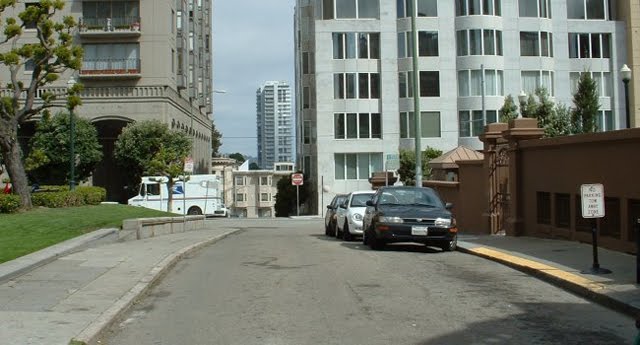 2003- On the right is the service entrance to the Pacific Union Club. Sacramento Street is just ahead. Clearly, much has changed in this affluent area.

images and descriptions from Vertigo Then and Now