The Work of Sam Berger Part One: Grace Cathedral 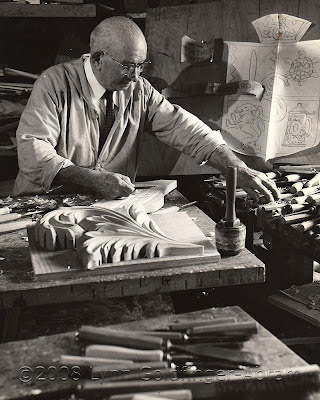 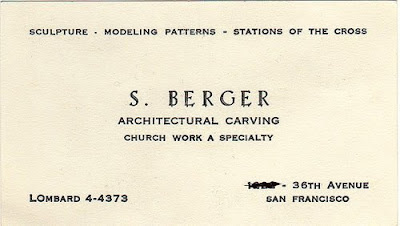 My Great-Grandfather, Samuel Berger emigrated to San Francisco in 1904 from Bucharest, Romania, where he learned his trade as a second generation wood carver. I was fortunate enough to have known him; he died in 1970 when I was ten years old.

Sam's woodcarvings grace some of California's most beautiful public and private buildings. His works can be found in many churches in San Francisco including, Grace Cathedral, Basilica of Mission Dolores, St. Peter and Paul's, Star of the Sea, St. Cecilia's and St. Brigid's, to name of few. Some of his crowning achievements were at Hearst Castle at San Simeon where he did most of his wood carving. Sam collaborated with the renowned architect, Julia Morgan, on much of his work. 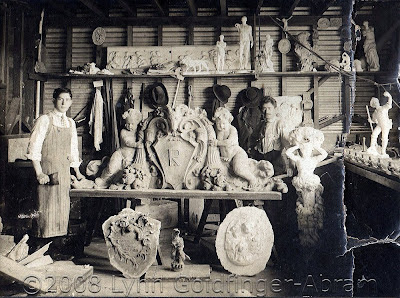 Sam Berger's work has not been catalogued, and this is my attempt to chronicle some of his work in a series of postings. I stumbled upon some wonderful old family photo albums filled with church interiors and architectural elements. Other than a few living relatives that can identify his work, there are still many photos of carvings that are not labeled. This is going to be my journey to investigate and identify Sam Berger's most beautiful work from a bygone era.

The following are photos of Sam in front of the magnificent organ covers that he carved for Grace Cathedral in San Francisco. Please be sure and click on the photos for super-enlarged detailed shots. 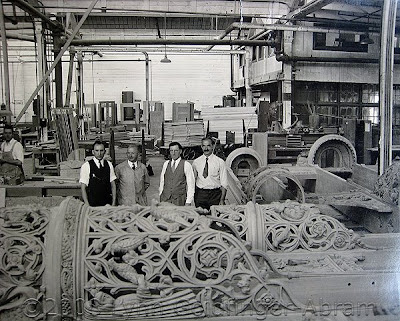 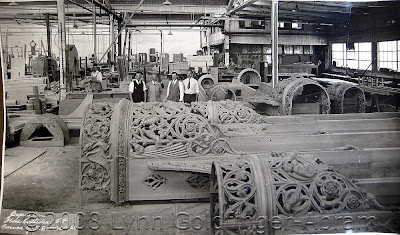 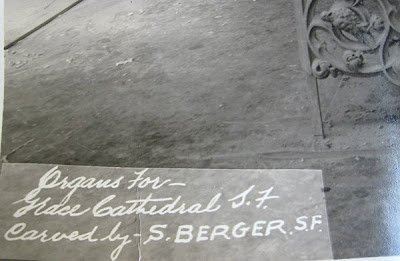 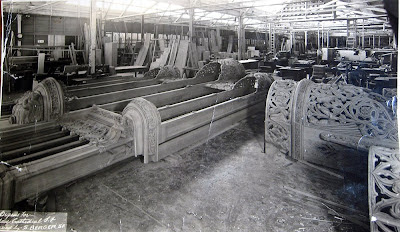 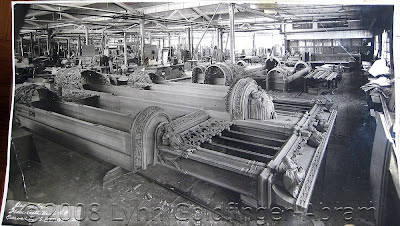 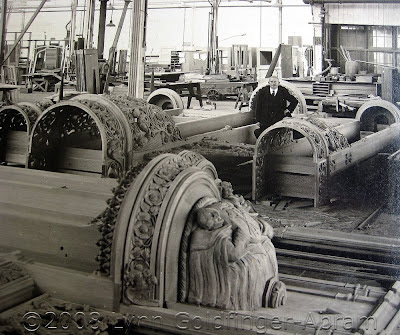 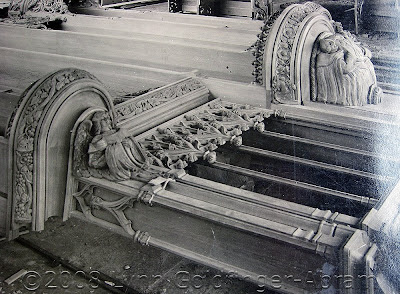 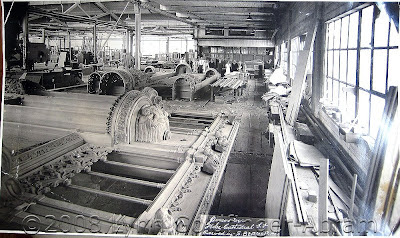 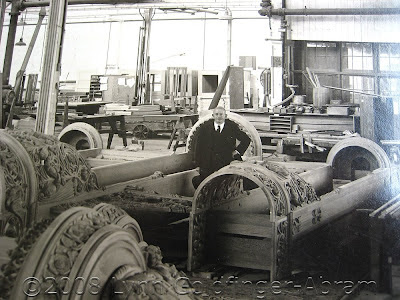 FrenchBlue said…
AMAZING & BEAUTIFUL! Thanks Lynn for sharing this wonderful man, your Zada, with our planet!
9:25 PM

Anonymous said…
This comment has been removed by a blog administrator.
2:10 PM

Anonymous said…
Lynn,
Although I am not catholic, I visit these places whenever I can. Every time, I am moved by the absolute beauty and craftsmanship ...it's heartstopping ! So glad you are documenting your great grandfather's work ... you must be so proud !
2:11 PM

A Wild Thing said…
I am truly speechless, what a grand artform to behold.

Paris Hotel Boutique said…
Janet, Lisa and Sweet Repose, thank you so much for your sweet comments. It means a lot to me to finally post about his work and share it with you. Lisa, the irony is that my family is Jewish and yet most of my Great Grandfather's carving was for Catholic churches! I too have been in several and they their beauty is overwhelming. Thanks so much for the post!
8:30 PM

Kathy said…
Spectacular! Thanks for this bit of history.
Religious motifs are one of my many collections.
I'm currently in Paris for a whirlwind trip to deal with some business issues so my time clock is all out of whack. Reading your blog/this post is the most pleasant of surprises in the wee hours.
J'adore!
Kathy
8:39 PM

Paris Hotel Boutique said…
Kathy, thank you SO much! I'm flattered that you've taken time from your Paris trip (I'm so jealous) to read my blog! I really appreciate the comments too! Bonne Nuit!
8:43 PM

Marie Louise said…
What incredible photos. Amazing post - I've never seen anything like it. You can really get a feel for the amount of work that went into the building of such a beautiful place.
8:56 PM

Unknown said…
that is incredible - amazing someone can have such talent!
xo
2:50 PM

Anonymous said…
Lynn, I am always so impressed by your San Francisco history. You are the original San Francisco girl! Thanks for sharing.
10:48 PM

Anonymous said…
Great job Lynn, I've never seen those photos. I'm glad you discovered them and made them easy for all to see. Zada was an amazing man. Too bad we were so young when left us.
11:26 AM

Anonymous said…
Lynn! This is unbelievable. You should put this together for a book. I'm personally beyond fascinated by the carvers, their inspiration, technique and history. Amazing that it's your grandfather who set the standard for so many buildings and details! Amazing! more please!
7:07 AM