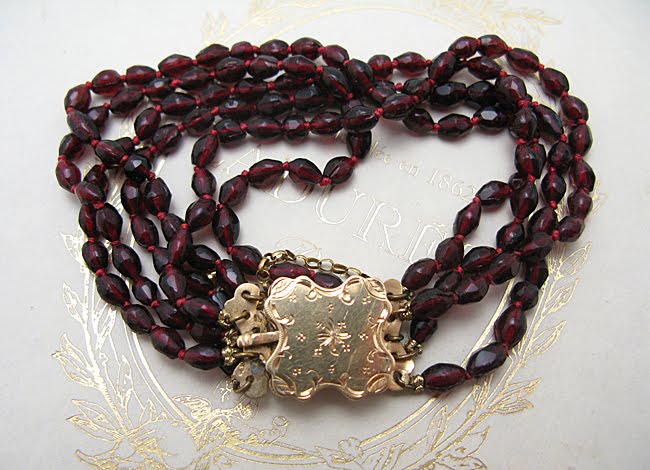 Before the month of January is over, I thought I'd give a shout-out to the gorgeous red garnet. How many of you are lucky enough to have this as your birthstone? I'm an amethyst...pretty, but not quite as rich as a garnet.

Did you know that? The word garnet is derived from the Greek word "granatum" which means "pomegranate seed" reflecting the shape and color of the crystals. Like diamonds, gemstones are graded by color, cut, clarity and carat weight.

And...garnets are found in many varieties, each being described by a special name. 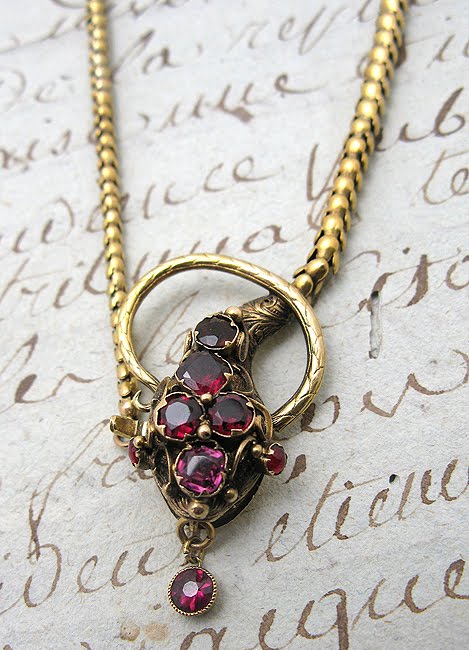 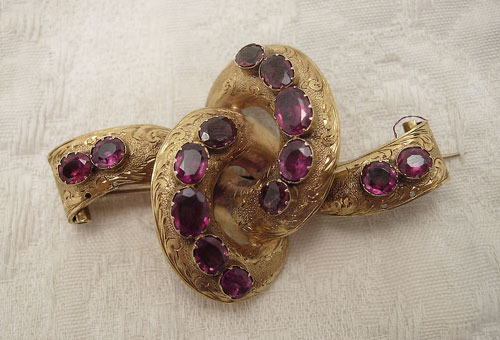 So... Happy Birthday Garnet! If you must treat yourself to a garnet, the above pieces can be found at Paris Hotel Boutique!
Email Post
Labels: antique birthstones Jewelry vintage

A Gift Wrapped Life said…
Gorgeous stone..........but I could have quessed you were an Aquarius as well Lynn. XO
2:12 PM

Anonymous said…
Absolutely stunning pieces, all of them
Garnets are my favorite, even though it's not my birth stone (which one is for Leos - diamonds? oh well...)
3:02 PM