King or Queen for a Day! 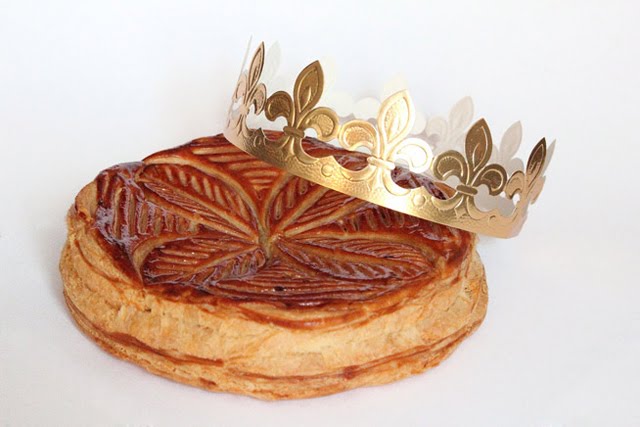 Did you know that today is the last day to eat a galette des Rois?

I recently had lunch at one of my favorite San Francisco French cafés, La Boulange, and was eye-balling these yummy galettes. I couldn't resist sending my friend Janet one of these tasty treats! 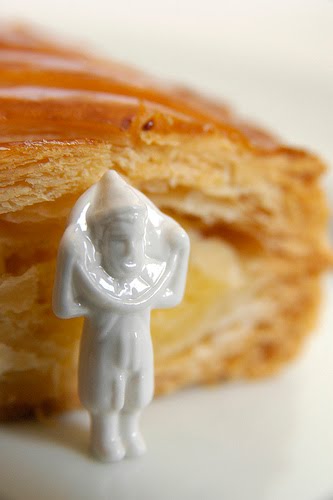 During the festival of Epiphany, people in Northern France and Belgium eat the galette des Rois, (flaky puff pastry with almond cream or frangipane.) In the South of France it is called gâteau des Rois or Royaume, and is made of brioche. 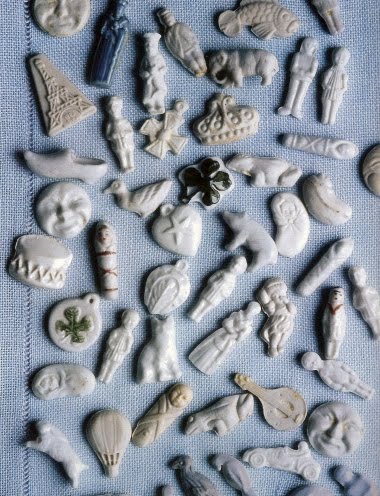 collection of "feves"
This is a kind of "kings' cake" with a trinket (feve) -- a porcelain figurine or a bean hidden inside. The person who gets the piece of cake with the trinket becomes "King" or "Queen" for a day. There is a whole collectors market for feves in France.

I've never tasted a galette de rois, but curious to know if Janet ended up getting the slice with the feve and got crowned Queen for a day?

Unknown said…
The little 'feves' are so beautiful in and of themselves! What a fun tradition
8:24 AM

The French Maid said…
Isn't this the most delightful tradition? Plus, it's another reason we MUST eat dessert...
--Lee Ann
11:18 AM

Simply Mel {Reverie} said…
You have some incredible willpower if you didn't indulge in one of these delicious goodies! Lucky Janet!
10:48 PM

LadyJoana said…
Hi i saw this post and was imediatly interested, not only because i didn't know about it, but because in Portugal we have the same tradition. It's called Bolo Rei ou king's cake, it's made of glazed bread and crystalized fruits, a few years ago it even had a little metal present inside much like the one you showed, but after the EU agreements it was banned. Still you eat this cake from the 25th to the 6th of January called the kings day, because whoever got the present or the fava as we call it would be it's king. This tradition goes back to the middle ages and still lives on today.
Thanks for the post!
3:40 AM

Paris Hotel Boutique said…
LadyJoana, Thanks for visiting my blog. Quite interesting that you have the same tradition in Portugal! Sounds very similar to the French!