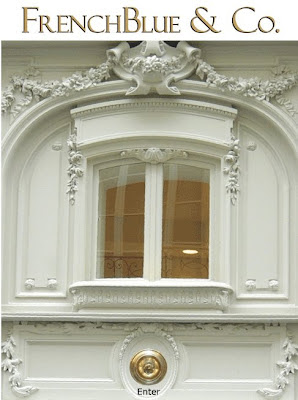 With a love for all things vintage and nature-
inspired, Janet Solomon of FrenchBlue & Co. makes every day a treasure hunt of sorts. She has a keen eye for the unique and whimsical and, lucky for me, is my closest friend. 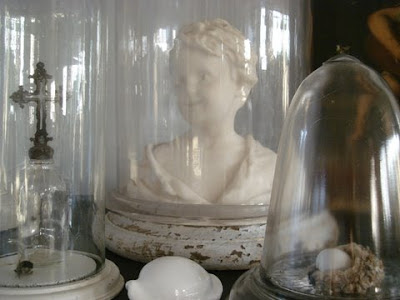 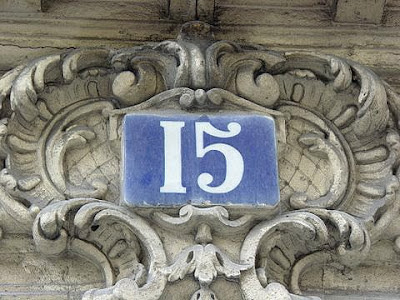 I met Janet about 10 years ago via eBay. We met in person to deliver a beaded sconce and became fast friends! 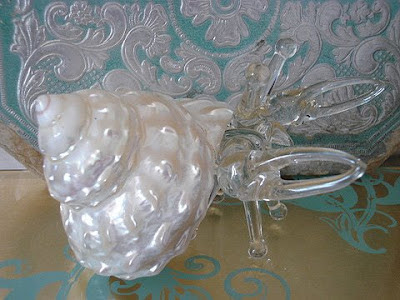 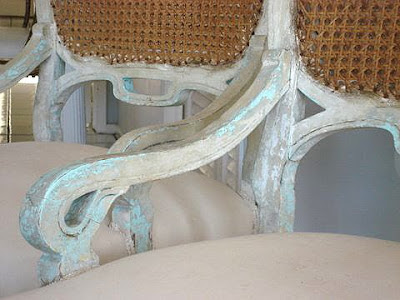 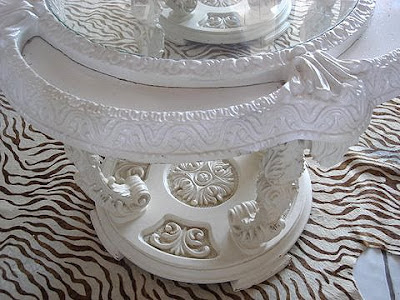 Janet lives in the coastal village of San Clemente in Southern California with her husband Larry. She is a mother of three. She has a love for natural objects such as seashells & coral, architectural elements and weathered sea glass, to name a few. Her decorating palette is cool colors that remind her of the ocean, from pale blues and soft greens, to creamy shades of white. 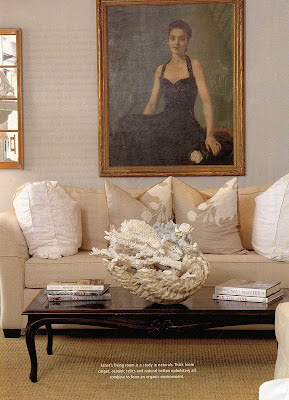 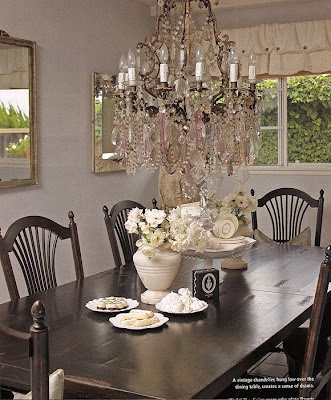 Janet's dining room is graced by an amazing old chandelier 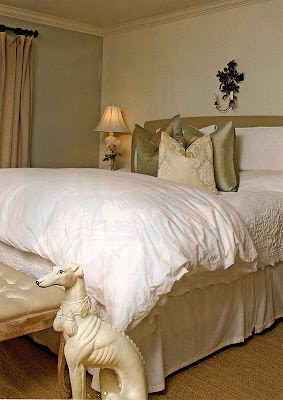 Janet and I have had so much fun over the years. Our annual “girls” trips from Palm Springs to New York are always an adventure. We discover styles together that excite and inspire us such as our first look at Kelly Wearstler’s Viceroy Hotel after it opened. We spend hours on the phone daily to share flea market finds or our latest acquisitions. A lot of our conversations are about silly things like our favorite new candy or childhood birthday parties. 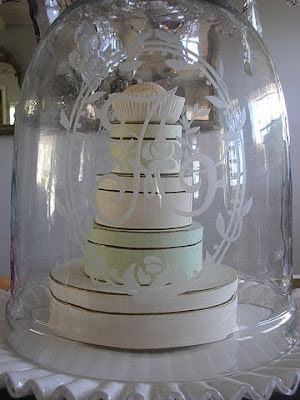 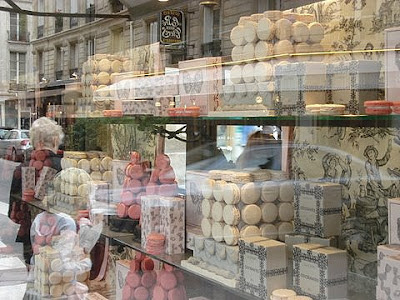 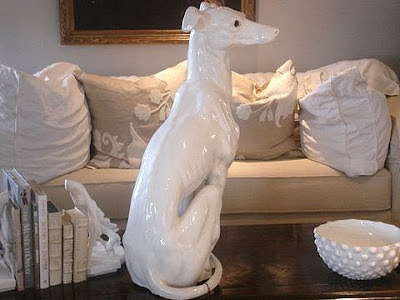 It’s not out of sorts for Janet to scour a deserted mansion in hopes for a fabulous treasure! I remember our little adventure in Palm Springs when Janet spotted a plaster whippet on someone’s porch. No, we didn’t try to steal it. Let’s just say after tough negotiations, we didn’t get the whippet. But the hunt goes on… 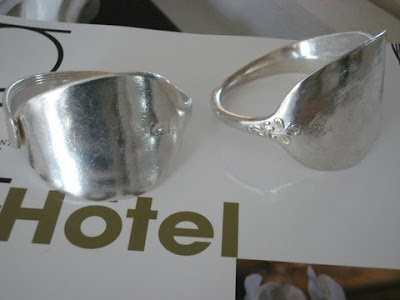 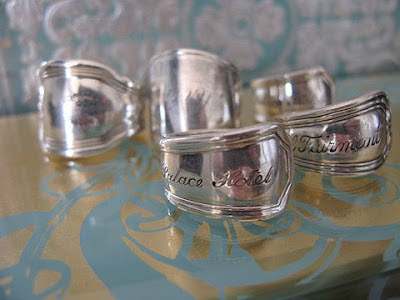 Janet started collecting as a young girl, her personal style developing over the years. She started selling her wares on eBay in the 90’s, and got recognition when her home was featured in Romantic Homes Magazine, where she continues to contribute. She has sold to stores such as Bergdorf Goodman for their prop displays. 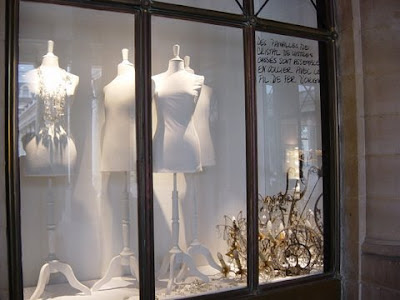 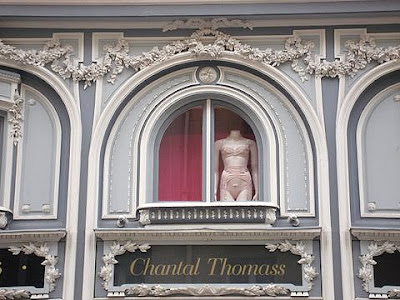 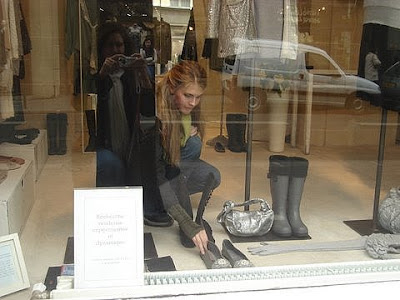 When Janet went to Paris for the first time, she was smitten by the ethereal beauty of the Parisian shop windows to the magnificent old architecture of France. Since then, she and Larry make it a point to visit there once a year. 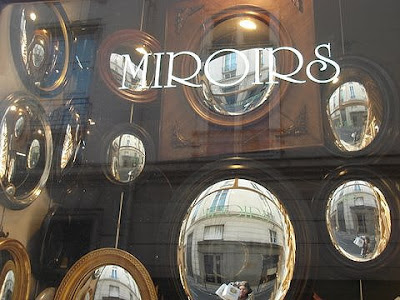 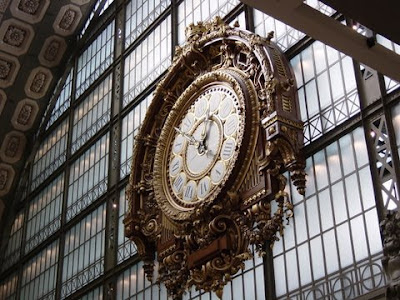 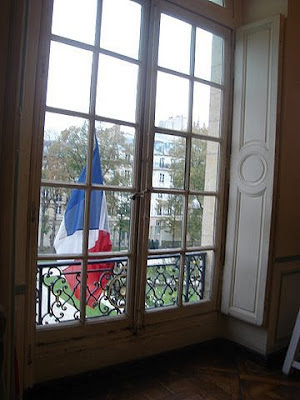 Paris has inspired Janet to dabble in photography and eventually launch her beautiful website, FrenchBlue & Co. where she sells her unique vintage finds. You can check it out here!

Barb said…
What beautiful pictures. I am on my way to her site.

have a wonderful afternoon,
Barb
2:33 PM

Anonymous said…
I live in Laguna Hills, CA about 15 minutes away from San Clemente and your friends. What a small world it is!
4:08 PM

Jojo said…
Speaking of a keen eye...your blog is amazing. It will take me a while to take in the photos that you have posted. Thank you!
7:14 PM

Alkemie said…
Lynn, you've really outdone yourself on this post. The places and items are So beautiful! Absolutely LOVED this post!
3:30 PM

le banc moussu said…
love your look on Paris The city I live and love.Hope you love parisian people too.
A bientôt
christian
11:18 PM

Mc Allen said…
this is a great post. you have really outdone yourself. Im now off to check out the rest of your blog ;) good to meet you, LA
3:20 PM

Debi said…
Beautiful photos! I love her site and yours!
Thank you for the wonderful post!
xox
Debi
7:18 AM