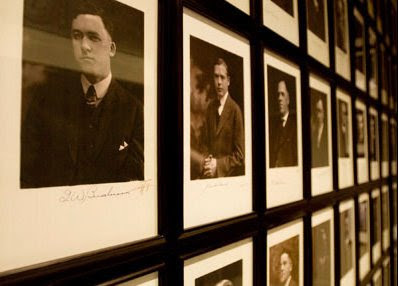 One hundred years after it's opening, the historic Arctic Club of Seattle recently reopened as a high-end hotel with a newly renovated look. 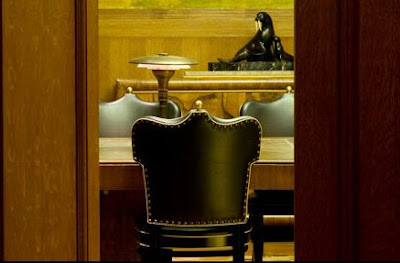 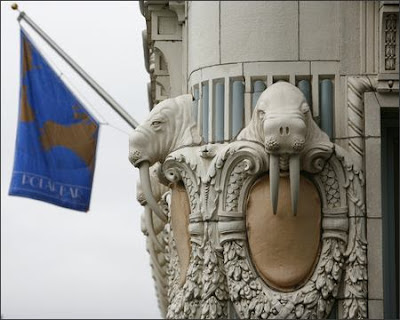 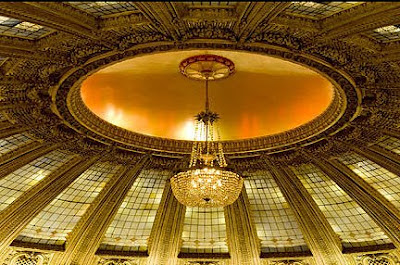 The Arctic Club was an exclusive gentlemen's club formed in 1908 and filled with members who had made their wealth in Alaska with Klondike gold. This building at 700 Third Avenue became the club's headquarters, complete with ivory walrus tusks on its interior and its famous gilt-ceiling "Dome Room." The building ranks #1 spot on the National Register of Historic Places. 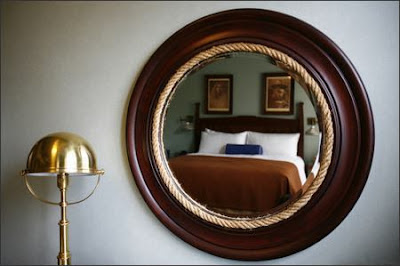 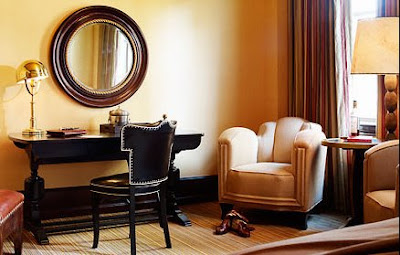 Interior designer, Candra Scott of Candra Scott & Anderson, designed the newly renovated hotel. Candra's selections for the Arctic Club are vintage pieces or historically inspired replicas, such as an antique vanity table in the women's restroom in the lobby and specialty lamps constructed from old maps and boat bumpers. 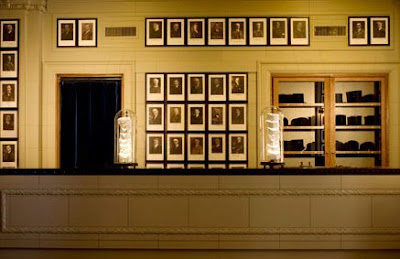 Candra Scott's work is amazing. She specializes in thematically inspired landmark hotels, many of which are on the National Registry of Historic Places. "Our goal is to create an authentic atmosphere, not a museum but a vital environment that is both timeless and cutting edge, with a thread of the eccentric."-Candra Scott 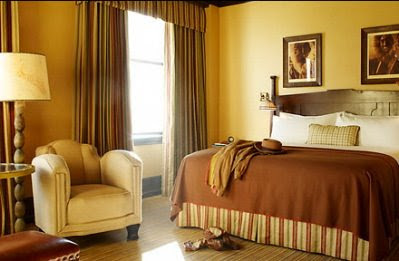 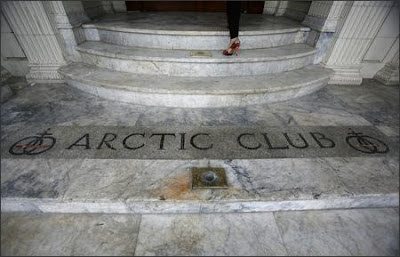 Candra has designed hotels including the Hotel Majestic & Hotel Rex in San Francisco, The Ashland Springs Hotel & The Governor Hotel (both in Oregon), to name a few. I haven't checked out the S.F. hotels yet, but walked through the lobby of the Ashland Springs Hotel. I was in awe. I love how Candra retained the historical elements of the hotel, but gave it a new and innovative twist with elements of curiosity. I'm glad someone is restoring the grandeur of these great old hotels, as opposed to so many that are being completely gutted and modernized. I look forward to seeing the Arctic Club Hotel!

Anonymous said…
You show so many beautiful things. I really love it!
Found your blog through Apartmenttherapy.com, and I must say you have a beautiful and uniqe home :)
7:29 AM

Paris Hotel Boutique said…
koselig koselig, thank you so much for your sweet comments. I checked out your blog and it's lovely. I was excited to find the translator! Now I know that your name is "Cosy Cosy."

Thanks again for visiting!
8:30 AM

Teal Chic said…
I am a newcomer to your blog and absolutely adore it. I've added you to my blog roll! Have a great day.

Paris Hotel Boutique said…
Candi, Thanks so much for your comment. I really appreciate you adding PHB as a link to your beautiful blog, which I just checked out. THANK YOU!
8:03 AM