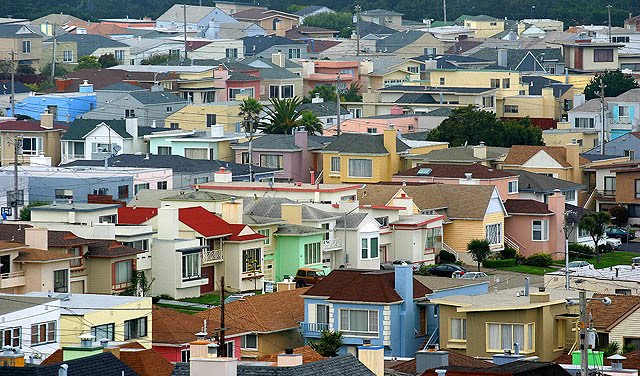 Ahh... Daly City. The small suburb about 10 miles south of San Francisco. When I was 4, my parents bought our first house in the Westlake district of Daly City.
Malvina Reynolds' song "Little Boxes" was based on a drive she took through Daly City in 1962, and became a hit for folk singer Pete Seeger in 1964: 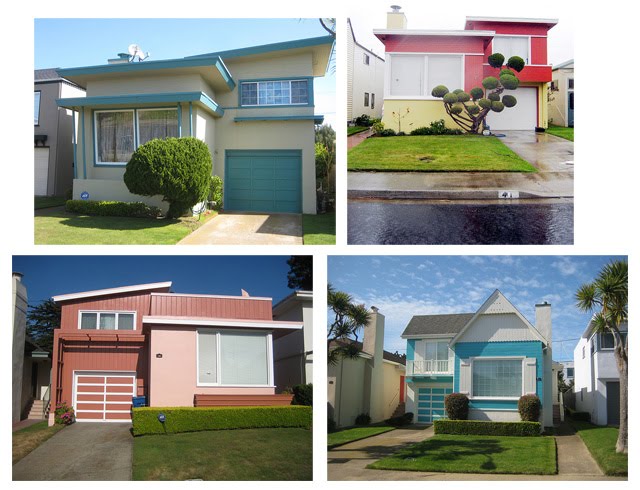 Now these houses above are big two-story "boxes." 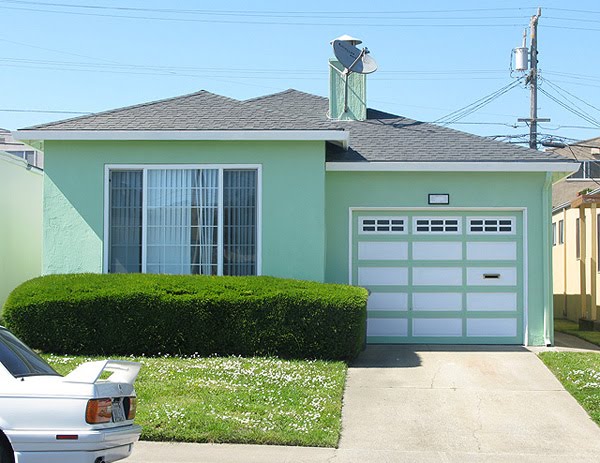 Here is the "little box" that I was raised in. I just took a drive by --the first time in decades. It's now mint green...
I actually think Westlake homes, designed by developer Henry Doelger, are "Mid-Century Modern cool." The only bad thing about growing up in Daly City was the climate. Foggy summers...just like San Francisco. 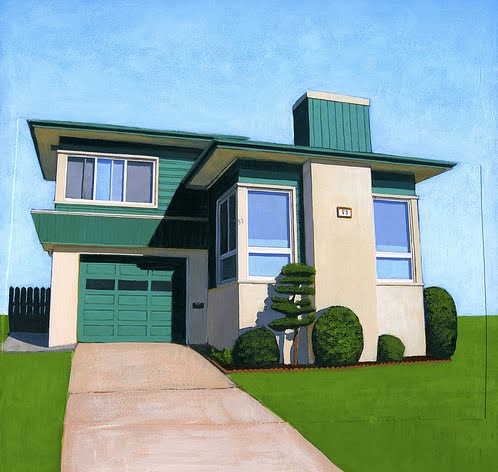 You may be asking, what prompted me to do this post? Her name is Leah Giberson. I met her last week at the Pinterest meet-up held in the shop, Rare Device in San Francisco. They had a gallery of Leah's work. I nearly flipped when I saw her renderings of Westlake homes! 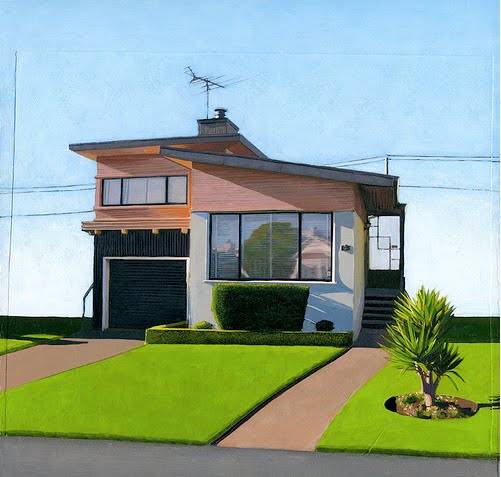 Leah's work is inspired by "photographs of seemingly ordinary and mundane scenes, which she then paints directly upon them to reveal the visually poignant moments that exist all around us, but are usually overlooked." 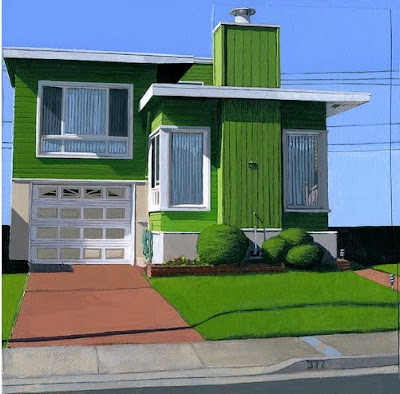 This "Westlake Green" painting (above) began with a photograph she found on Flickr taken by Adrian Hayes in a series of photos he shot of Westlake homes. (I had the pleasure of meeting him too.) Notice the brilliant detail...the house looks real. 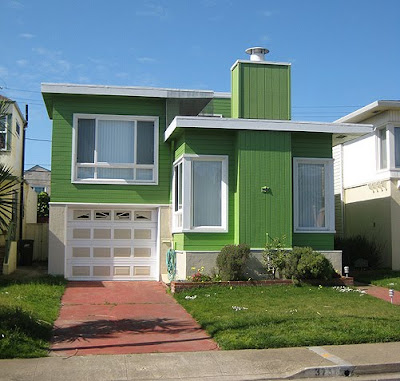 The is the original photograph by Adrian Hayes 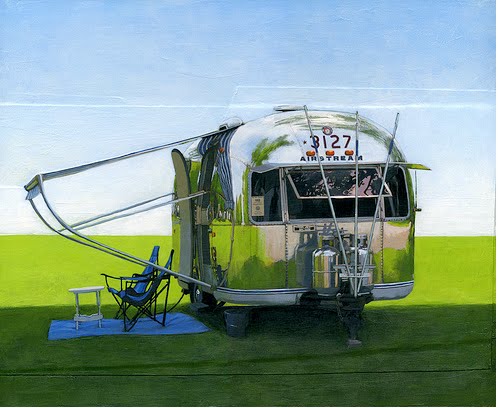 Not only does Leah have series on homes, she works with varieties of subject matter including her airstream series (above.)

So... now my latest "must have" is a "Westlake" painting by Leah. Possibly commission her to paint the "ticky tacky" house I grew up in. Now wouldn't that be cute?

Nita Stacy said…
Oh what an adorable neighborhood. I love these paintings too..I'm off to look at her work now. I think definitely a painting of your old house is what you need. It's charming in a mid century modern way. Which I would not have appreciated 20 years ago but now think is streamlined and fresh.
7:17 PM

lisagolightly said…
What a great post Lynn ... they remind of Edward Hopper paintings ! Loving the poodle bush and that Airstream ... WOWee !
8:15 PM

Concrete Jungle said…
It is amusing to see how all our perceptions change with time. I love the paintings, somehow they are comforting.
8:44 PM

FrenchBlue said…
Your house is so cute! I think it would look grAte in the green bathroom:)
Love the post Lynn!!!!
XO
9:24 PM

Anonymous said…
Fascinating! I think a comish of your old house would be brilliant! What color was it when you were there?
8:56 PM

Di Overton said…
How fabulous that you lived in one of the house in that song.
11:29 PM

Paris Hotel Boutique said…
Claudia, for the life of me I don't remember the color! One day I'll dig up an old photo! :)
11:32 PM

Unknown said…
Amazing! Love it all, including the nostalgic feeling it gives me for the suburbia of my youth. These are all just so beautiful! So glad to be introduced to this talented artist. All these years, I thought the song "little boxes" was based on a neighborhood in Long Island, NY...Levittown, I think...similar feeling on the other side of the country!
5:44 AM

Cathi said…
I lived in Daly City with a group of friends in the Westlake District 30 years ago..it was a fun time in my life!! This brought back alot of memories. xxoo :)
7:02 PM