You Won't Want to Miss This! 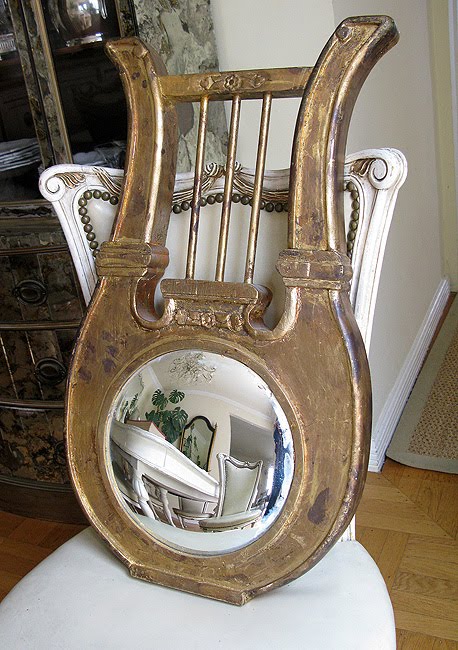 I'm thrilled to announce that Joni from Cote de Texas and I have teamed up to offer this special giveaway.... an antique gold leaf lyre-shaped convex mirror (above) from Paris Hotel Boutique!!!

But first I must introduce you to Joni. Houston-based interior designer Joni Webb shares her love of house & garden, antiques, interior design, and country French decor interpreted for the Texas coast in her popular blog, Cote de Texas.

The blog is mixed with a bit of history and a lot of humor. Joni's blog has won several awards including The Washington Post's top 10 blogs in 2008. Additionally, she has been featured in publications such as Better Home & Gardens, Houston House & Home, and HGTV.

And Joni c0-hosts a fabulous blogging and interior design weekly radio show, The Skirted Roundtable, with the fab Megan from Beach Bungalow 8 & Linda from Surroundings. They have interviewed some of the most influential designers and editors including Margaret Russell, editor-in-chief of Elle Decor, and Stephen Drucker, editor-in-chief of House Beautiful to name a few. 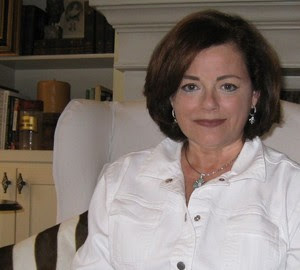 So go visit Joni at Cote de Texas, check out her lovely blog, and enter our giveaway!
Good luck to all!
Email Post
Labels: A Favorite antiques blogs giveaways vintage

Sherry @ No Minimalist Here said…
Hi Lynn, I am visiting from Cote de Texas and I am so happy she introduced me to your wonderful shop and blog. I have just become your newest follower.
xo, Sherry
5:53 PM

Sanity Fair said…
lol. I was stopping by to invite to join my give-away (marc jacobs jewelry) - and instead I'm entering this one. Because I LOVE THAT MIRROR!!!! How beautiful - it would make any home look lovely.
I'll be watching to see who wins!
-SF
http://sfair.blogspot.com/2010/10/marc-jacobs-give-away.html
8:26 PM

Fabulously French said…
What a gorgeous giveaway, it would look fabulous in our hall :-)

La Dolfina said…
I'm all in for this fabulous Giveaway!
7:07 AM

Jenni Pope Walker said…
LOVE this blog. Such a wonderful resource!
7:41 AM

Velvet and Linen said…
So nice to meet you Lynn!
Yes, we share the same taste. Your blog and your store are wonderful. I'm hooked!

Linda Merrill said…
What a fantastic give-a-way - that mirror is totally to die for! And thanks for the shoutout to The Skirted Roundtable!
6:40 PM