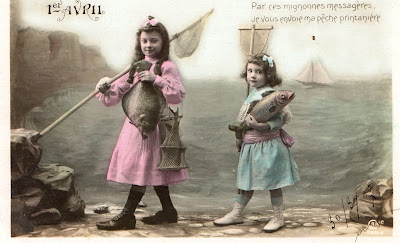 There's some uncertainty about when and where this­ bizarre tradition began, but the most accepted explanation traces April Fools' Day back to 16th century France. Up until 1564, the accepted calendar was the Julian calendar, which observed the beginning of the New Year around April. According to "The Oxford Companion to the Year," King Charles IX then declared that France would begin using the Gregorian calendar, which shifted New Year's Day to January 1. 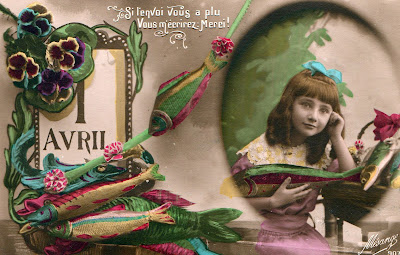 Not everyone accepted this shifting of dates at the same time. Some believed that the dates should not be shifted, and it was these people who became the butt of some April jokes and were mocked as fools. People sent gifts and invited them to bogus parties. 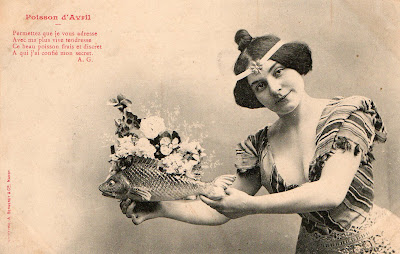 Today in France, people who are fooled on April 1 are called Poisson d'Avril, which literally means the "April Fish." One common joke is to hook a cardboard fish to the back of a person. What a fish has to do with April Fools' Day is not clear. 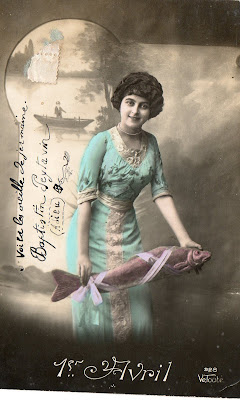 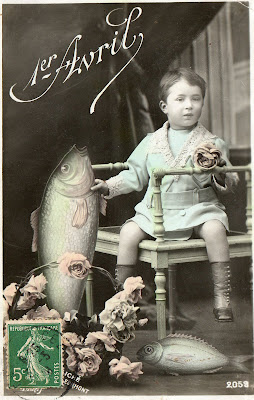 Have fun and don't pull too many foolish tricks on your friends or families! I'm a little prankster, so I have to think of something good!

Unknown said…
Lynn! I love this post.. I had no idea! Very interesting, now I wonder what the fish are all about? :) I just love the vintage images! Happy April 1st
xoxo
Judith~
10:58 PM

Linda Summerfield Crispell said…
I have a vintage French postcard of a lovely woman holding a fish, I thought she was showing off her catch.
2:34 PM

Paris Hotel Boutique said…
Isn't that funny about the fishes! Who knew? I guess the French...
4:56 PM

DHD Design Studio said…
I have lived in Paris for the past 11 years. I never knew about this until my son came home from school yesterday, and covered us in little paper fishes. He made them, they were so cute. Fortunately he used double sided tape not hooks. it was funny.
3:22 AM

eLLy* said…
Hi,
I came accross your blog randomly and your post on april's fool together with the vintage images were absolutely fantastic! It made me curios and decided to do a little research myself.

Apparently the reason behind "April Fish" is because a young naive fish is easily caught. Therefore, one common practice was to hook a paper fish on the back of someone as a joke.

Anyways... I really adore your blog. Would love to switch link with you if that's ok. =)

Paris Hotel Boutique said…
Debra - thanks for sharing that story! How cute! Glad to hear the tradition is still alive and well in France!

Heidi Diaz said…
Thank you so much for sharing... my daughter attends a French School in Seattle and all the children were leaving with paper fish they had made, some putting them secretly on the parent's backs... I did not know the reference till now. Fun!
10:35 PM