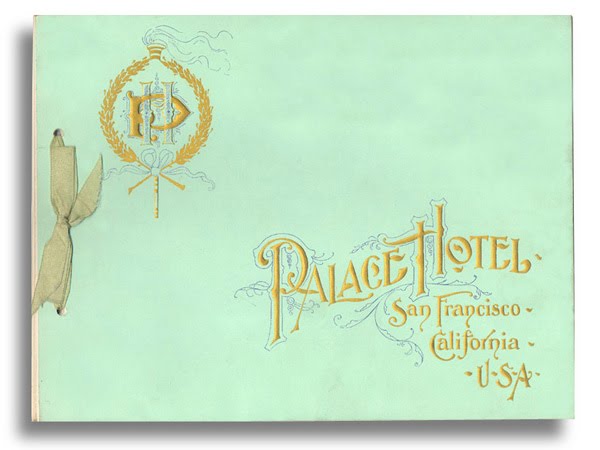 I think many of you know how much I love old hotels. This year marks the 100th anniversary of the Palace Hotel in San Francisco. I don't want to make this a lengthy history post, but wanted to share a few tidbits about this spectacular hotel, including some of my own fond memories. 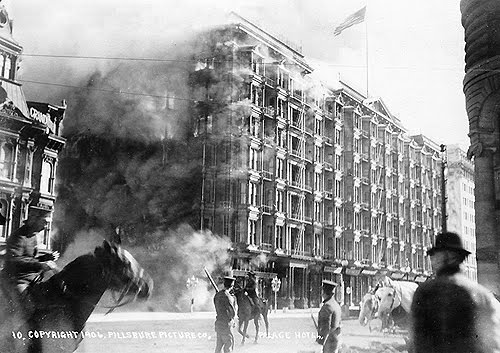 photo of the Palace Hotel during the 1906 earthquake and fire

In December 1909, the Palace Hotel reopened, three years after the devastating San Francisco earthquake. More than 1000 people in fancy horse-drawn carriages and elegant autos, entered the Grand new hotel. One described it as a "fairyland of loveliness." 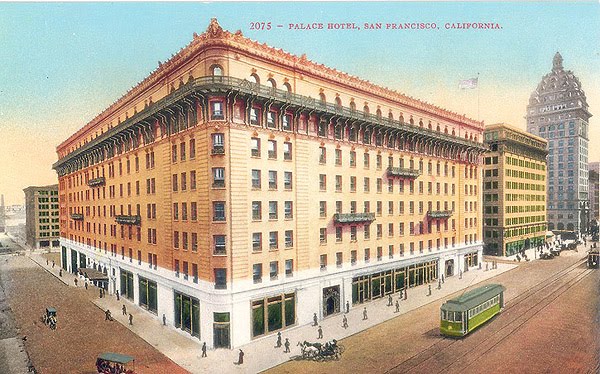 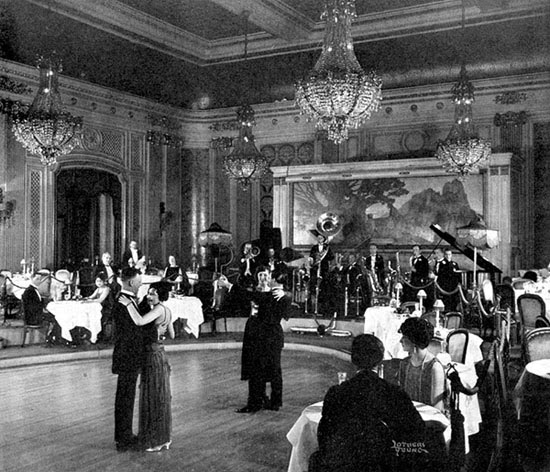 The magnificent Grand Ballroom still exists with the same elaborate crystal chandeliers. Many of the daughters of the State's oldest families have made their debut with this beautiful ballroom as the setting.

Imagine these prices from 1922 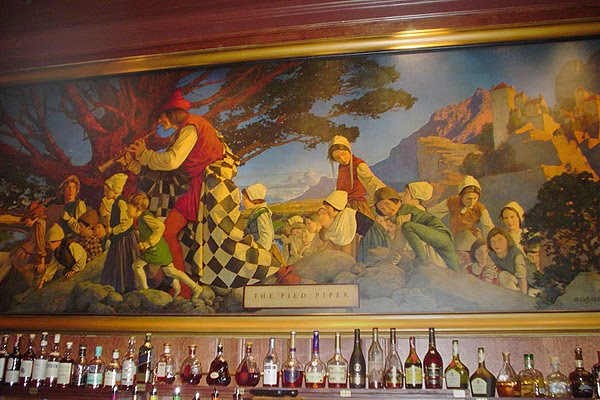 Maxfield's in the Palace was named after the famous artist Maxfield Parrish who painted the iconic Pied Piper of Hamlin mural located in the adjacent Pied Piper Bar. Really beautiful to see in person. 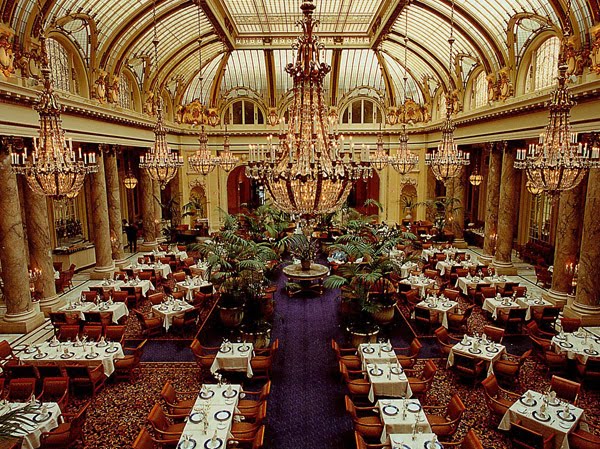 Ahhh... the pièce de résistance... The Garden Court. I consider it the most elegant room in San Francisco. When you first walk into the hotel, you see the Garden Court and it takes your breath away. Magnificent marble columns and 700 pound chandeliers. The ceiling is crowned with an immense translucent skylight created with 25,000 individual panes of glass arranged in 692 geometric panels. Can you imagine?

I have some fond memories of the Palace. On a couple of very special occasions, my family went to their Sunday brunch. What a treat! Also, there were a few years we spoiled ourselves at their annual Christmas dinner buffet. What a magnificent setting!

The Palace Hotel is celebrating its 100 year anniversary with a very reasonably priced lunch menu and historic tour of the hotel. Lunch is served in the elegant Garden Court and runs $19.09 per person, as in 1909. This is available through December of 2009. Now, that's a great deal! You can get more info here. 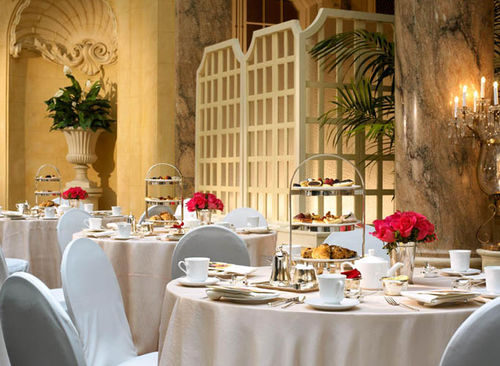 High tea at the Garden Court - photo courtesy of The Tea Room
If any of you happen to go on the tour and for lunch, I'd love to hear about it!

Palace Hotel
New Montgomery Street
San Francisco, California, 94105-3402
415.512.1111
all photos except for the last from the Central Pacific Railroad Photographic History Museum, which I may add has a full history of the Palace Hotel
Email Post
Labels: hotels san francisco

Living It At Home said…
Hello from Massachusetts!

I used to live in San Francisco. I was there with my family for 5 years, the moved over to the East Bay.

I am so happy I found your blog. I really enjoyed living there and looking at your blog reminds me of my time there. Thanks~jamilyn
8:15 PM

My Vintage Treasures said…
I was just in San Francisco last weekend, wish I would have visited the Palace Hotel :(

Simply Mel {Reverie} said…
Good to know! Love the Palace, and will make sure my McDreamy treats me to a special lunch soon!
9:12 PM

Jacqueline @ HOME said…
If only I didn't live in England, I'd be there, booking my table. Never mind, hopefully someone will and tell us all about it. I loved this post and learning about such a beautiful hotel. XXXX
12:06 PM

Cathi said…
I love the Palace Hotel. Have stayed there several times and it is wonderful! Love the Pub there too...!
8:42 PM