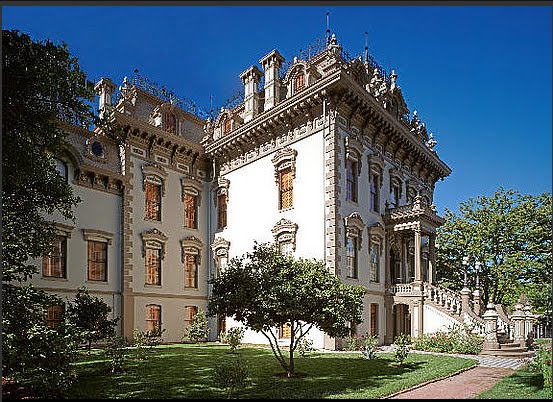 We all love a good ghost story now and then, and what a better time than Halloween Week! CasaSugar posted a tour of some of the most famous haunted hotels and homes in the state of California. Here are a few of my favorites...don't be scared!!! 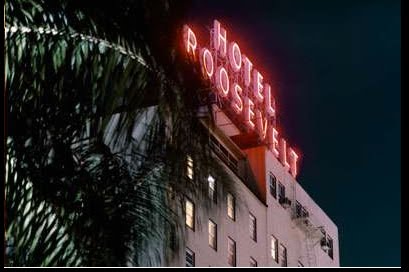 Hollywood's Hotel Roosevelt
"The Hotel Roosevelt in Hollywood is said to house one very famous ghost — Montgomery Clift, who stayed in room 928 for three months while filming From Here to Eternity. Stories note that his ghost has been seen pacing the ninth floor, and maids have felt a cold presence brush by them or watch them." 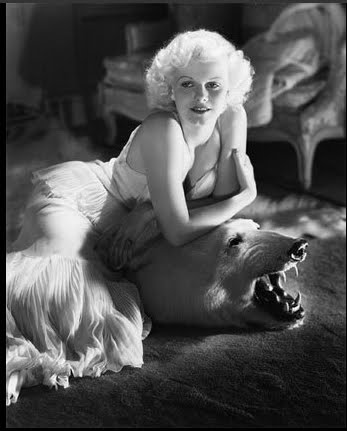 Jean Harlow's Westwood Home
"Film legend Jean Harlow rented a Westwood home in the early '30s. After new owners moved in, their dogs would follow them through the house, growling and barking at something in the upstairs bedrooms. The woman who lived in the home also said that she heard someone whisper "Please help me" outside the master bedroom. The owners also reported hearing a woman sobbing, smelling phantom perfume, and experiencing other ghostly manifestations." 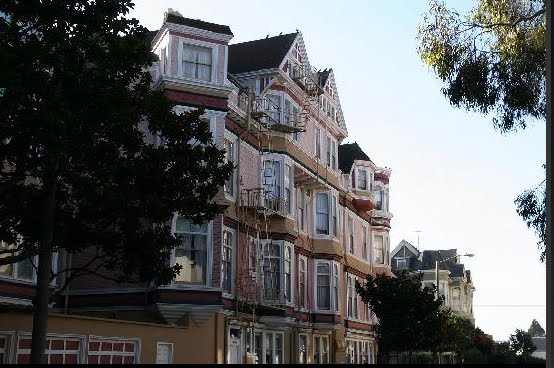 San Francisco's Queen Anne Hotel
"Built by Senator James Fair in 1889, the hotel is said to be delightfully and benignly haunted by the general's mistress, Mary Lake. Common occurrences include sightings of Mary Lake, unexplained cold spots, and clothes and belongings tidied and hung without explanation." 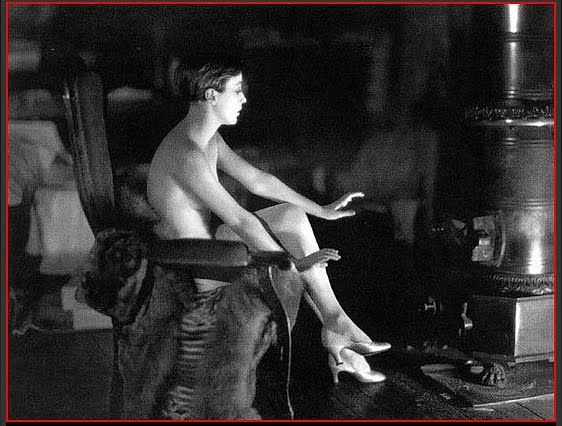 "In the early 1900s, silent film star Bessie Love bought a beautiful little cabin in Laurel Canyon. While living there, she experienced a number of ghostly manifestations, including seeing a transparent man in a cowboy hat, hearing low moans, having doors open and shut themselves without explanation, and experiencing odd electrical problems and lights turning on and off by themselves. The house is said to still be haunted today."

I've never had a "ghost" or paranormal experience. Thank heavens...I'd probably freak out! Do you have a haunted house or ghost story you want to share?

Unknown said…
Oooh! Creepy! I love it :) What a perfect post for this week. I've never had a sighting either...and I want to keep it that way! I do love a good story though, especially a glamorous one! Great post Lynn. We recently took a tour in Hollywood called the Dearly Departed tour and we went by Ravenswood where Mae West lived. They say she appears in the mirror in her penthouse there to this day! Spooky!
xoxo
Judith~
11:08 AM

Jacqueline @ HOME said…
OOoooo, Stanford House looks scary from the outside let alone going inside !!!!....but, I love it.....and I love all of your ghostly stories. I'm afraid that I haven't any scary tales to tell, but I'm sure that I could make up a few.There are many walks around London with a guide that tell of all the ghostly goings on, like The Jack the Ripper tour, and many, many more. London is FULL to the brim with ghosts. Could you imagine being in The Tower of London at night ? All of those headless ghosts walking around. I have chatted with a Beefeater who lives at the Tower and he says there are many ghosts....eeeekk. XXXX XXXX
1:24 PM

Jacqueline, The Tower of London sounds really spooky! Would love to hear the tales from the Beefeater. Thanks for sharing!!
2:48 PM

Tracie~MyPetiteMaison said…
I love this post and the Roosevelt Hotel. I love to stay there but have never been visited by any of the stars whilst staying there.

I did have an experience at the very first home I owned... me, sitting in bed, hearing a voice, my little Maltese barking and then my olive oils and vinegars from the Harvest Fair purchased that day sliding from counter to floor. No, it was not just my imagination, wish my petite chien was here to tell you - so true!

Unknown said…
very interesting - so much in one area- I live in the town over from Fall River, Massachusetts where the Lizzie Borden Murders occurred. So many stories- planned a post for the future.
Karen
7:33 PM

Paris Hotel Boutique said…
oh Tracie, thanks for sharing that story. I would have been scared as can be. Your little Maltie sounds pretty brave!

Karen, Massachusetts, wow. You have some great stories. Can't wait to see your upcoming post!
8:56 PM

Thanks for sharing,
Happy Halloween!
9:36 PM