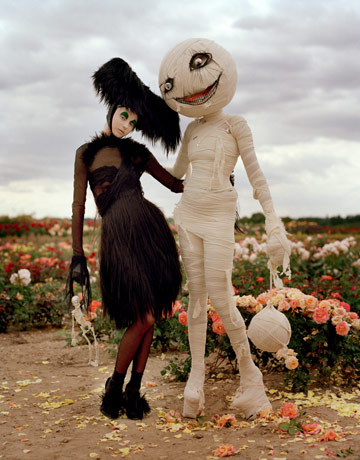 To celebrate spooky Halloween week, I thought I'd post these haunting photos from the October issue of Harper’s Bazaar. They feature characters from filmmaker Tim Burton's past movies; The Night Before Christmas, Edward Scissorhands & Beetlejuice -- the models bedecked in designer clothing and accessories. 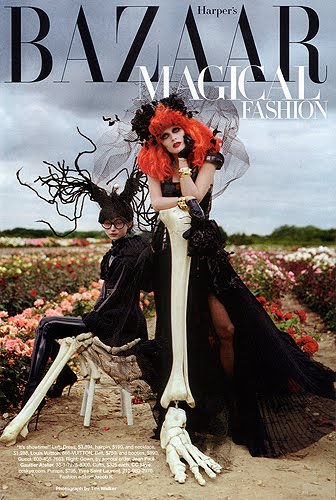 The spread is called, "Magical Fashion" and the photos were shot by the talented Tim Walker. 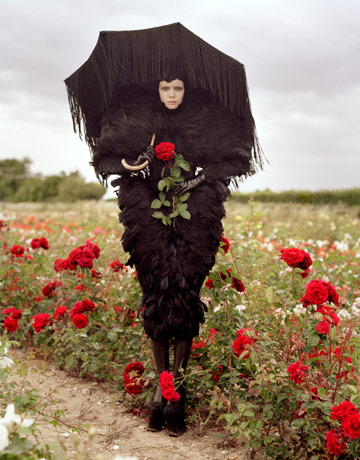 The spread is in anticipation of Tim Burton's career retrospective at New York's Museum of Modern Art from November 22, 2009–April 26, 2010. 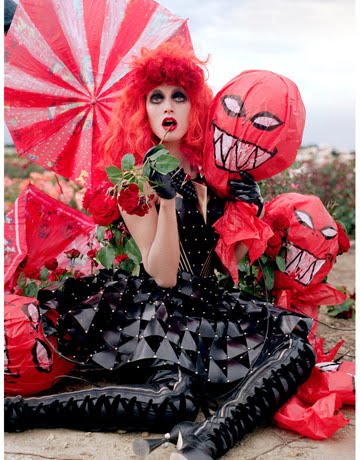 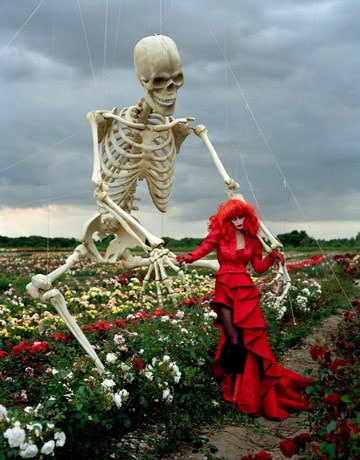 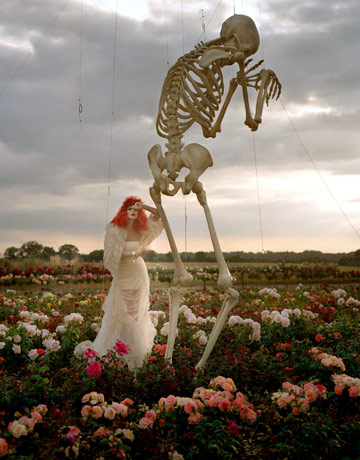 To see all of the photos, visit Harper's Bazaar. And, thanks Lisa Golightly for turning me on to this eerie and fabulous spread!

Cyn said…
Crazy Cool photographs, but some of the clothing is as scary as the monsters posing next to them. For the magazine pages only. I really love the artistry of the styling and photos though. Thanks for sharing.
11:08 PM

Living It At Home said…
Oh my! I love these images. They are fantastic. I usually buy "home" magazines or anything to do with decorating. I probably would have missed this. I wish I could dress like that for Halloween! I will definately have to feature one when I finish up with my Halloween posts!

Thank you for visiting my blog. You can definately make those Severed Finger Cookies. In the past, when I have handed them out to kids, they were hesitant to eat them. Adults on the other hand, love them!

Love your blog! And nice meeting you too!~Jamilyn
7:25 AM

Dana said…
Love these photos! No one does it like Tim Walker!! He is my favorite. Thanks for showing us his latest.
8:28 AM

Jacqueline @ HOME said…
Ooooo, I love these and Tim Walker is one of my favourite photographers. I love the front cover Lynn....spooky. XXXX
4:37 PM

Francine Gardner said…
Amazing spread... the art direction is almost surreal, this is really what sets a magazine apart.
4:57 AM