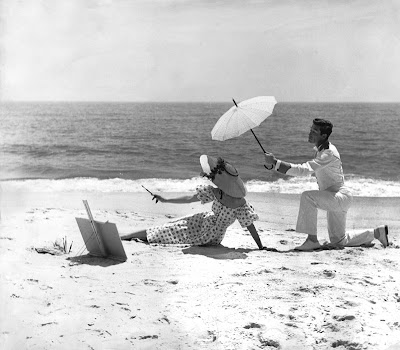 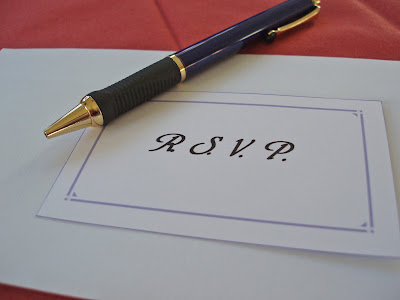 I'd like to see more people honoring the concept of RSVP when it comes to invitations to events and parties. It's amazing to me how people won't let people know whether or not they're coming to an event and the either don't show up or they come with extra people in tow.
-Sabrina

THANK YOU notes!!! Sometimes people don't write thank you notes immediately after a gift is received and that bugs me! It takes 2 mins people, and I for one look forward to hearing what a person thinks about a gift I took the time to pick out. -Lauren

I would like to see letters being sent in the mail again. With the technology that is at our finger tips today, there has been a decrease in romance and communication. Cell phones, text messages, email...they are so impersonal. Writing letters is an art and is beautiful. -JZ

I must say one thing in particular that I am a stickler for is written thank yous. To receive a handwritten note of gratitude is a dying art. E-mails just don't cut it. And people that cannot even acknowledge receipt of a gift that a person took their time, effort, thought and money to get are just lame. -DolceDreams

I would love it if people would kindly send a short but sweet thank you note after they receive a gift. Sometimes I don't even know if they received it as they never acknowledge it. -Casie Rachele 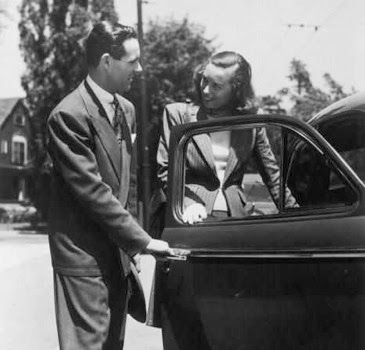 I would love if a man stood up when a lady was leaving the table and coming back to the table. I always love how classy that looks in movies, it gives such respect! -Fabbrunette

What happened to men opening the doors for women? I have gone into stores and had the door hit me in the face because the man in front of me didn't bother to hold the door open. men don't seem to respect their ladies like they used too! There are a few good men who still do this for women and when I see it I cry! -Carla

I particularly wish men wore hats and suits everyday. I love men in hats! And I'm not talking about baseball hats! When I go to the office, I want to see the polished look of a man in a suit and hat, not a man in shorts and a t-shirt. But if I could weave this into an issue of etiquette, I wish men would wear hats and tip them like they used to! -DesertChildAZ

The men now maybe debonair and suave, but it isn't the way we are thinking. Go back to the era of where men were true gentlemen. Car door opened for you, chairs pulled away for you to sit down, and men would stand up as you left and came back to the table. -Mikela 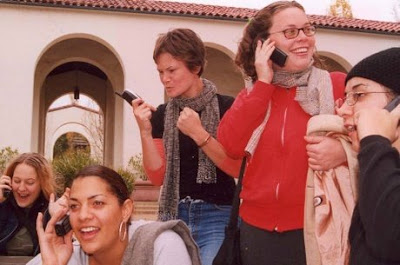 I wish folks would curb their cell phone usage in public -- waiting rooms, grocery checkout, restaurants, etc.) How often I see someone checking out at the store, talking on the phone the ENTIRE TIME -- so rude to the cashier, as if she/he does not even exist. -The Beautiful Life

Nothing is ruder than a fellow diner talking on the phone when you are eating. -NewlywedHostess

I would like to see people put down their blackberries while attending meetings or just having a conversation with another person. -Bonjour Madame 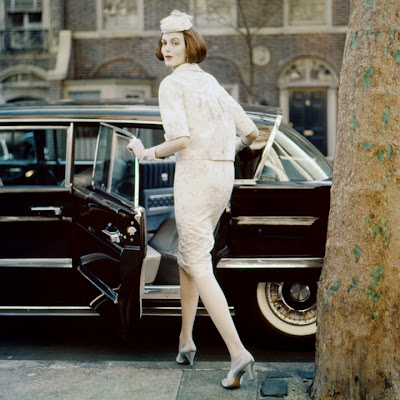 Dressing for the occasion~~it shows respect for others and ones self. -The Red Velvet Shoe

I love the idea of getting dressed to go to the bank or on a flight. -Paris Atelier 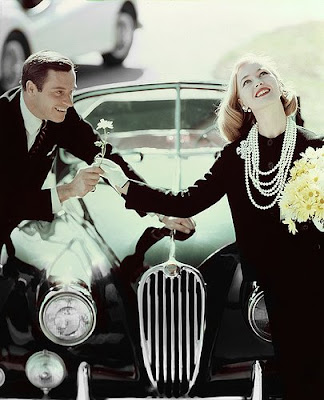 Please, thank-yous, and a general air of politeness - that would be a great place to start! -Eme

Respect always older people like our grandparents or simply people who you know have lived a lot more than you. -Ana

Opening the doors for others , or holding the door open for those behind you so that it does not shut on their person would be so nice. I think the very practice just honors a concept that "I see you are there, and I value you as a human being," which is so very lost today in almost every etiquette transgression there is going. -Karos

I miss neighborhoods that had a real sense of community ... where neighbors at least said "hello" on the street. Remember when we could go and borrow a cup of sugar from each other?
-Lisa Golightly

I'd love it if we would take a moment and acknowledge everyone we come into contact with. How awesome our days could be if we looked people in the eyes, took a breath, and spread some kindness around. -Frenchee le Trip

Margarita @ WestCoastMama.net said…
I really enjoyed this post. Thanks for sharing all of the comments, I missed a few of those :)
12:31 PM

Anonymous said…
Loved this post! Chivalry is SO not dead.

vicki archer said…
I agree with all those comments - and may we all remember to behave well! xv.
4:03 AM

Sabine, La Marquise des anges said…
thanks for sharing ... I enjoy reading every single word !!!
juts found your blog, and already love it ... I have a lot to catch up ;)

What a delightful post. I think we need to go back to our roots.

Thank you for the reminders.

Alkemie said…
You can tell I'm catching up on some ofy our posts. I really really loved this post. It was so fun to read all of the different comments and points of views on different topics in nice succint quotes. Awesome Lynn!